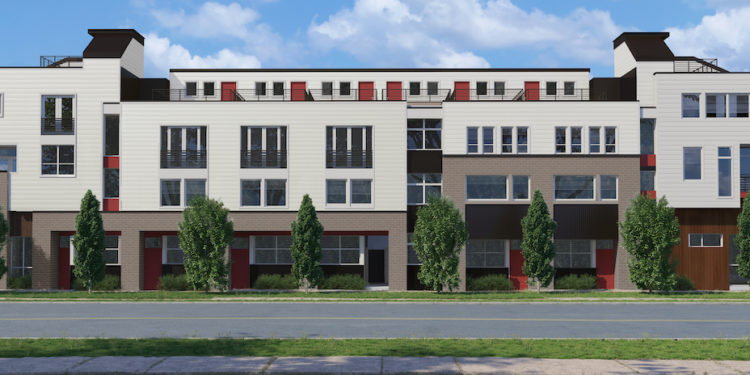 Named after the endangered California Condor, one of the largest and rarest birds in North America, Condor Townhomes will be located at 4469 Tennyson Street, in the hip Berkeley neighborhood, with more than 50 specialty shops, boutiques, eateries, breweries and galleries. The three-level townhomes will range in size from 1,100 to 1,800 square feet and will include an attached single car garage and rooftop deck.

Knighthead Funding LLC, a national real estate finance company specializing in loans for the acquisition, renovation, construction and refinancing of commercial real estate across all asset classes, originated a $10 million non-recourse loan. This is the second loan Knighthead has funded for First Stone Development, the first, The Vaquita, also located in Denver, will begin sales later this year.

“As Denver’s economy and population continues to grow, neighborhoods with distinctive character close to downtown Denver, such as Berkeley and LoHi, are growing in popularity among those migrating to the area,” said Knighthead Principal Jonathan Daniel.

According to Hive, the design will be in keeping with the trendy atmosphere of Tennyson Street. The exterior of Condor Townhomes will integrate brick, wood and metal creating a dynamic textural design.