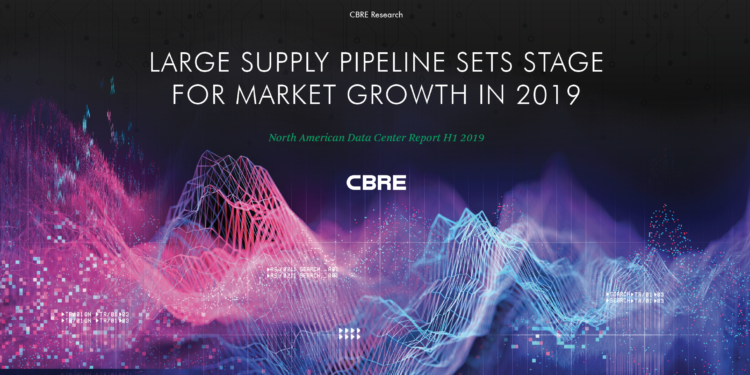 Denver’s data center industry remained in a holding pattern in H1 2019, according to CBRE’s latest U.S. Data Center Trends Report. While Denver’s data center market recorded only 0.5 megawatts (MW) of net absorption in H1 (compared to 1.8 MW in H1 2018), the market has the potential to grow an additional 40 MW in the coming years through projects already in the pipeline and new power pricing legislation that is poised to incentivize additional development.

“Denver is a fiber network hub, connecting west coast, central and east coast cities. That’s a significant advantage for data centers locating here because it improves network performance and end-user experience,” said Greg Vernon, senior vice president, Data Center Solutions, CBRE. “The other factor attracting data center developers and users to Colorado is our workforce and population growth. More people and more companies equate to more demand for data, and that is propelling Denver forward despite the market ranking in the middle of the pack when it comes to cost.” 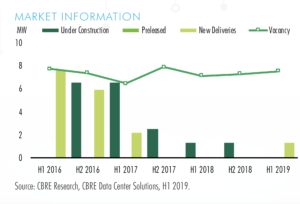 Denver’s data center rental rates average between $125 to $145 kW per month, in line with other secondary markets but above the leading U.S. data center markets. In addition to rental rates, data center developers also consider power pricing and tax incentives when making location decisions. Currently Colorado does not offer these benefits at the state level, but a bill recentlyapproved by Colorado’s General Assembly could position Colorado more competitively in attracting data center users. HB18-1271 allows the public utilities commission to approve, and electric utilities to charge, economic development rates, which are lower rates for commercial and industrial power users who locate or expand their operations in Colorado.

“Thirty other U.S. states offer some financial benefits to data centers today, whether through power pricing or tax incentives or both. While Colorado does not offer any tax incentives at the state level, we have seen cities, counties and municipalities demonstrate willingness to incentivize data center development, and the implementation of HB18-1271 has the potential to make
Colorado much more competitive for data center development,” added Mr. Vernon.

Castle Rock the No.1 Place to Rent High-End in Colorado