YOU ARE HERE:Home » Events » 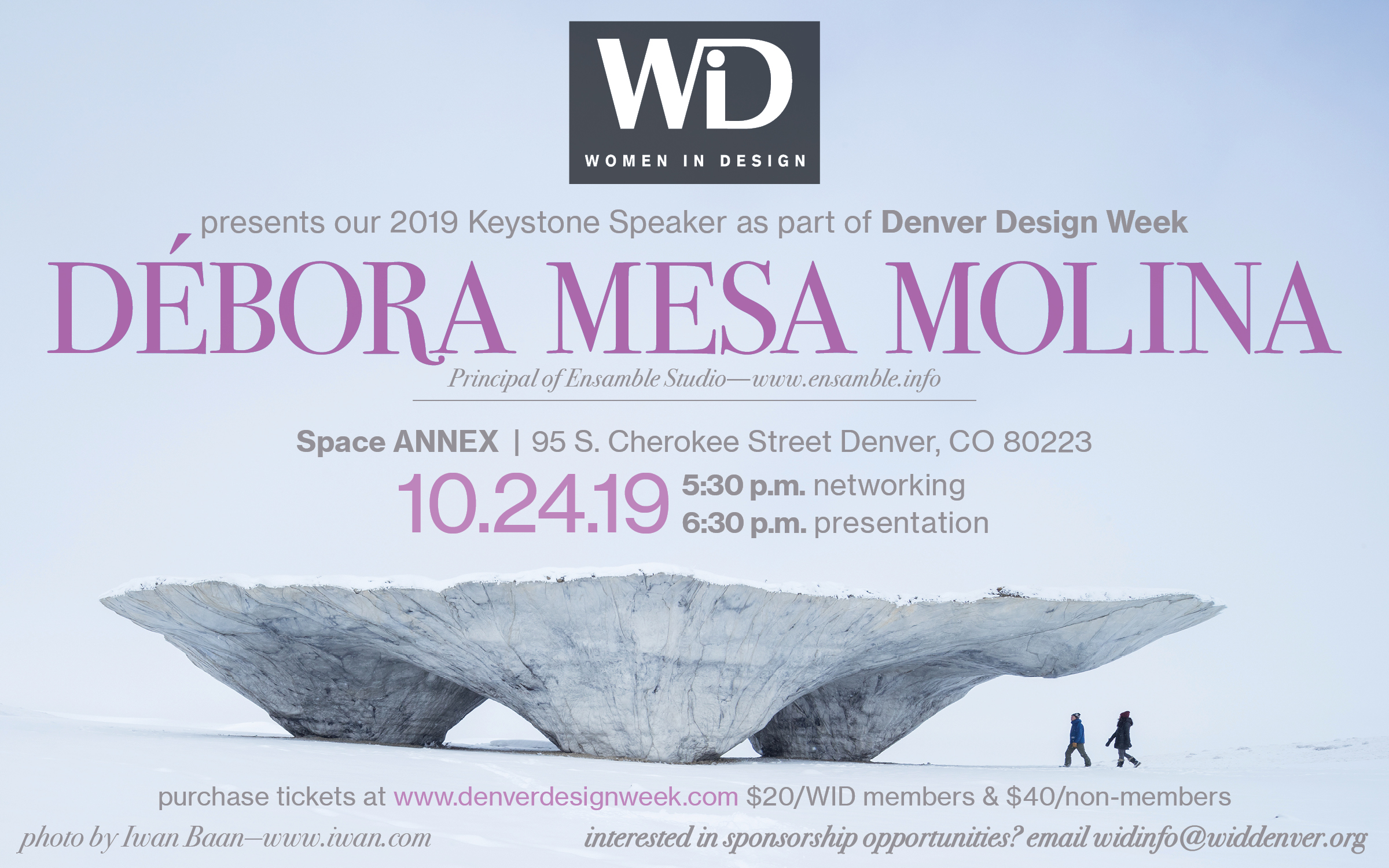 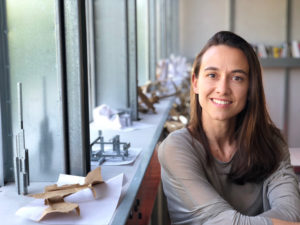 Women in Design (WiD) presents Débora Mesa, who will discuss Radical Craft at WiD’s 2019 Keystone Speaker Event to be held in Denver on October 24 as part of Denver Design Week. Mesa is the principal architect of Ensamble Studio, a cross-functional team she leads with her partner Antón García-Abril, which is based in Madrid and Boston.

The Royal Institute of British Architecture (RIBA) recently announced that Mesa’s firm will receive the 2019 Charles Jencks Award, which will be presented in November. The RIBA Charles Jencks award is given each year to a firm that makes a major international contribution to both the theory and practice of architecture. Some of Ensamble’s more well-known work includes Structures of Landscape at Tippett Rise Center near Yellowstone National Park in Montana, the the Cyclopean House, which was manufactured in Madrid and assembled and built in Brookline, Massachusetts, the Hemeroscopium House in Madrid, which is built with pieces of infrastructure.

Mesa says her firm seeks to balance imagination and reality, art and science, and to innovate typologies, technologies and methodologies to address issues as diverse as the construction of the landscape or the prefabrication of the house. Mesa is a Ventulett Chair in Architectural Design at Georgia Tech since 2018 and previously served as research scientist at the Massachusetts Institute of Technology (MIT) where she co-founded the POPlab – Prototypes of Prefabrication – in 2012.

“We’re thrilled to host Débora in Denver to discuss her work,” said Geneva Kowalski, executive chair of Women in Design. “Her work in integrating form and landscapes, theory and practice is very inspiring. We’re also pleased to note that this is the 11 th year that WiD has continued to bring an international designer to speak in Denver, having launched the Keystone series in 2009 with Tatiana Bilboa,” she added. Mesa’s presentation will be held at the Space ANNEX at 95 South Cherokee Street in Denver, with doors opening at 5.30 p.m. for a networking hour before the presentation begins at 6:30.