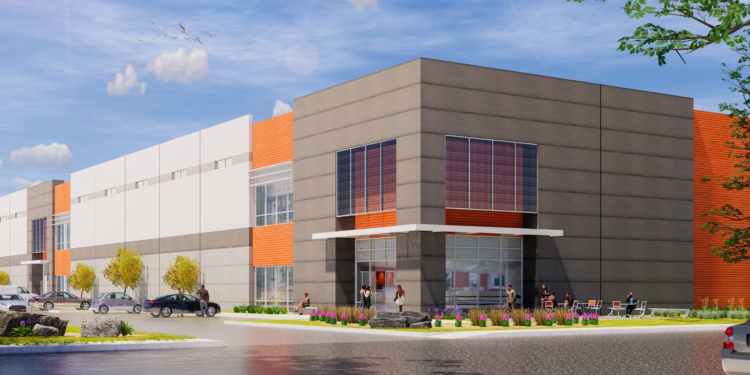 Mortenson, a top-20 U.S. builder and developer with operations in Denver, in partnership with Minneapolis-based Hyde Development, has announced the purchase and planned development of a 2.2 million-square-foot, Class A industrial park in Aurora.

The undeveloped 125-acre site is ideally located along E-470 at 64th Avenue in Aurora, east of the newly opened Gaylord Rockies Resort and south of Pena Boulevard and Denver International Airport (DEN).

The HighPoint development is a joint venture between Mortenson and Hyde. Mortenson will also serve as the design-builder of the project. Once developed, HighPoint will offer tenant companies convenient access to the entire Denver metropolitan area and the Rocky Mountain region to more efficiently serve the burgeoning front range population growth.

“HighPoint offers an ideal location, access and opportunity for tenants who are interested in a Class A industrial park. We believe this is a tremendous opportunity to develop an asset that will serve the community of Aurora and the entire Denver metropolitan market,” said Paul Hyde, principal at Hyde Development.

“HighPoint Logistics Park offered a rare opportunity to acquire fully-zoned, master-planned land in Denver’s largest and fastest-growing industrial submarket,” said Daniel Close, first vice president, CBRE. “Demand for warehouse space is strong as companies look to optimize their distribution strategies to get their product to consumers as quickly and efficiently as possible. Hyde and Mortenson immediately recognized the potential of the site, and CBRE worked with both the buyer and seller to secure the property quickly.”

Hyde and Mortenson are also developing 76 Commerce Center, a modern, 1.8 million-square-foot, Class A industrial park in Brighton. The 122-acre site in Bromley Industrial Park has received strong interest from the market and is exceeding leasing expectations.