YOU ARE HERE:Home » Office » 26% of Denver’s Office Buildings Underwent a Visual Makeover Since 2000
OfficeReports 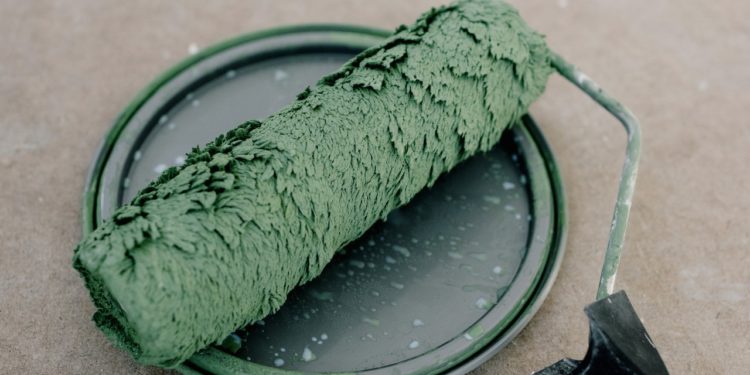 Drawing on CommercialEdge data, a new CommercialCafé study analyzes the development of office property renovations in the last two decades and the markets that stood out. 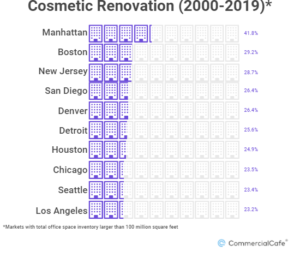 Here’s what made Denver stand out:

The study only analyzed office buildings larger than 25,000 total square feet, and also made the distinction between complete renovations — which include upgrades to structural or mechanical systems in a property — and cosmetic renovations, which consist of purely visual upgrades applied to façades, lobbies or common areas. It also split markets into medium-sized — with a total office inventory between 50 million and 100 million square feet — and large markets with an inventory larger than 100 million square feet. The study then ranked them based on the percentage of properties out of the total that were renovated between 2000 and 2019.

Colorado Among States Most Reactive to the Housing Crisis