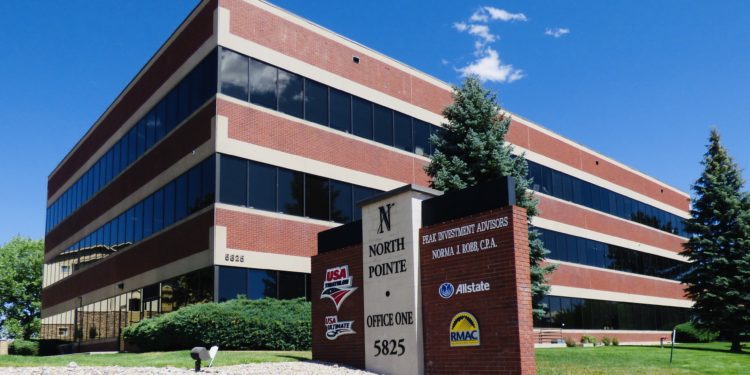 Dormie plans to modernize the building’s common areas and add amenities to serve its tenant roster, which will still include USA Triathlon of Colorado.

“5825 Delmonico Drive was an incredibly unique transaction, having been brought to the open market for the first time in nearly two decades,” said Wagner. “The seller decided to dispose of the asset as they maintain focus on their growth, the growth of the sport and the continued support of their athletes and members.”

5825 Delmonico Drive is a well-maintained asset prominently located at Rockrimmon and I-25 with excellent views of Pikes Peak to the west and Pulpit Rock to the east, with flexible and modern office floorplans.

Colorado Springs is home to more than 250 aerospace and defense companies, and the operations of key national defense commands. These companies attract a highly-skilled workforce. Additionally, the US Olympic Committee is headquartered in Colorado Springs and has the largest of three official Olympic Training Centers in the nation. The sports industry generates $400 million annually. The Colorado Springs housing market ranks as one of the hottest markets in the nation. The number of residential transactions is up 4.2% year-over-year, according to Newmark Research.