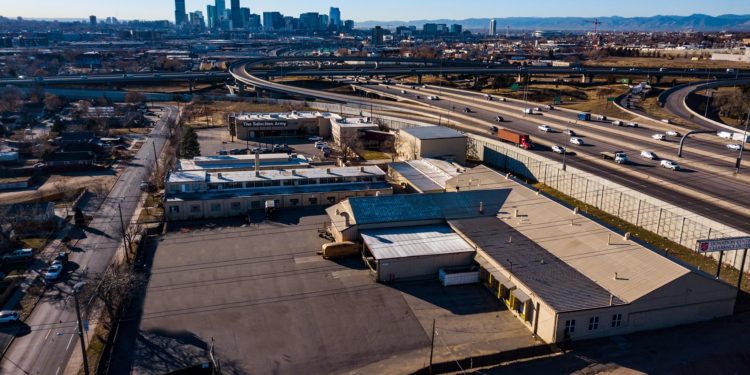 The Salvation Army has sold its 4.7-acre infill redevelopment site at 4751 Broadway in the heart of Denver’s Globeville. According to Cushman & Wakefield, Wolf|Stutz Investments purchased the property for $6 million.

Situated on nearly five acres, 4751 Broadway contains approximately 85,453 square feet of existing warehouse, dormitory and office buildings whose exposed brick and timber construction provides an industrial chic appearance. The prime redevelopment site offers unprecedented signage and visibility to both Interstates 70 and 25 for a combined 400,000 vehicles per day, along with convenient accessibility.

The buyer’s immediate plans will be to offer shorter-term lease opportunities at the property in the range of one-to three-year terms. And while the buyer does not have any immediate development plans, their prior projects in the RiNo and Clayton neighborhoods indicate a potential for redevelopment in the future.

The team of Drew McManus, Bryan Fry and Ryan Searle of Cushman & Wakefield Denver represented The Salvation Army in the transaction.

“As developable land becomes more scarce in RiNo, developers have looked to Globeville for opportunities given the improving health of the South Platte River, turning Brighton Blvd into an inviting gateway to downtown, reconstructing Interstate 70 in a way that better connects the neighborhoods with business, delivering more accessibility with new commuter and light rail stations, implementing neighborhood revitalization plans and partnering with the National Western Stock Show to create a year-round destination,” said McManus. “4751 Broadway is a leading example of what’s to come for the rebirth of Denver’s Globeville neighborhood.”