YOU ARE HERE:Home » Office » 8% Increase in Flexible Workspace Supply in Denver
OfficeReports 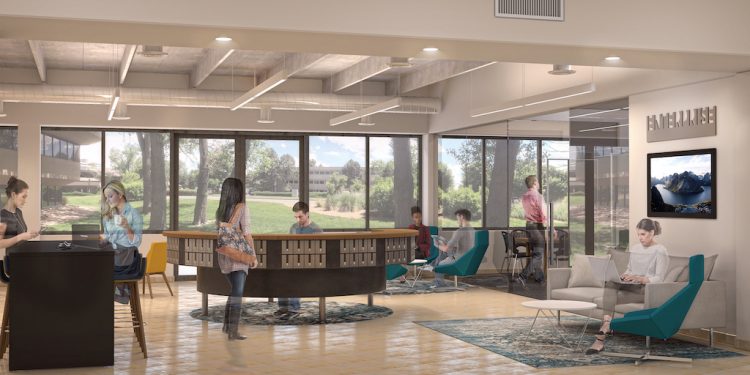 DENVER — Supply of flexible office space has increased by 8 percent in Denver as businesses of all sizes look to secure agile office space in prime locations, according to a report by Instant Offices. Significant demand for serviced offices, and in particular hybrid space, has seen average desk rates become highly competitive across the city.

As reported in the 2018 Annual US Market Summary, Denver outpaced others as the city with the highest desk rates overall between 2016 and 2017. At $1255 per person, average desk rates in the Colorado capital soared compared to neighbouring Arizona and Kansas at $510 and $470 respectively, even rising higher than New York City, which is traditionally the most expensive location in the US.

Much has changed, however, and over the last year, the explosive global growth of the flexible workspace industry has seen major shifts occur across the board as more competitors enter the market. As one of the fastest growing cities in Colorado, a thriving tech hub and a center of significant development of new office space, Denver is no exception. As the market continues to scale, increased competition has seen desk rates contract across key areas, giving the city a competitive edge that’s only set to grow, with average desk rates now at $664 on average.

According to the report, Denver experienced little to no change in the number of co-working spaces in the last 12 months, while explosive interest in hybrid space has seen the number of centers rise by 100 percent in East Greenwood Village, Denver Tech Center, Glendale and the University area.

According to a report by Business.org, Denver ranks 10th on a list of 40 as one of the top U.S. cities for entrepreneurs and start-ups, while the city is also home to major corporations like Boeing, PepsiCo and Nestle.

Flexible office space is well distributed throughout the city, with areas like Downtown and Glendale seeing double-digit growth in the number of centers available overall in the last 12 months.

Cherry Creek and Boulder Among Most Expensive U.S. Office Submarkets