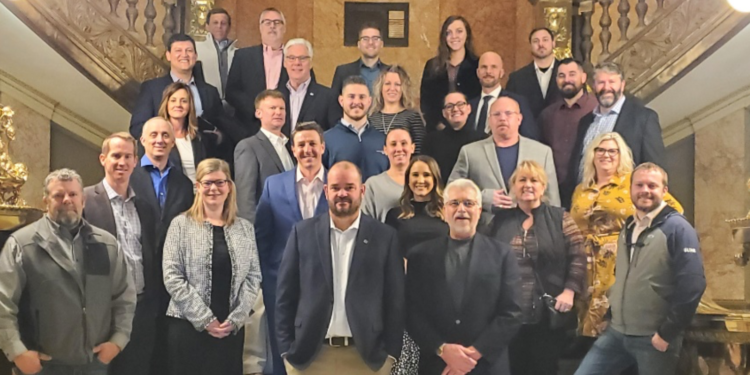 ABCRMC President and CEO, Joanna Johnson, Government Affairs Staff Liaison, Sabrina Kosmas, and Lobbyist Jay Hicks with Hicks and Associates, presented on how they work with legislatures and their staff to advocate on behalf of our members and how members can get involved in the legislative process firsthand.

Members were able to expand their political horizons by asking questions and having open discussions with the presenters followed by an exclusive tour of the Capitol Building.

Associated Builders and Contractors (ABC) is a national construction industry trade association established in 1950 that represents more than 21,000 members. Founded on the merit shop philosophy, ABC and its 69 chapters help members develop people, win work and deliver that work safely, ethically and profitably for the betterment of the communities in which ABC and its members work.

To learn more about how to get involved with ABC’s government affairs initiatives, visit www.abcrmc.org/advocacy.