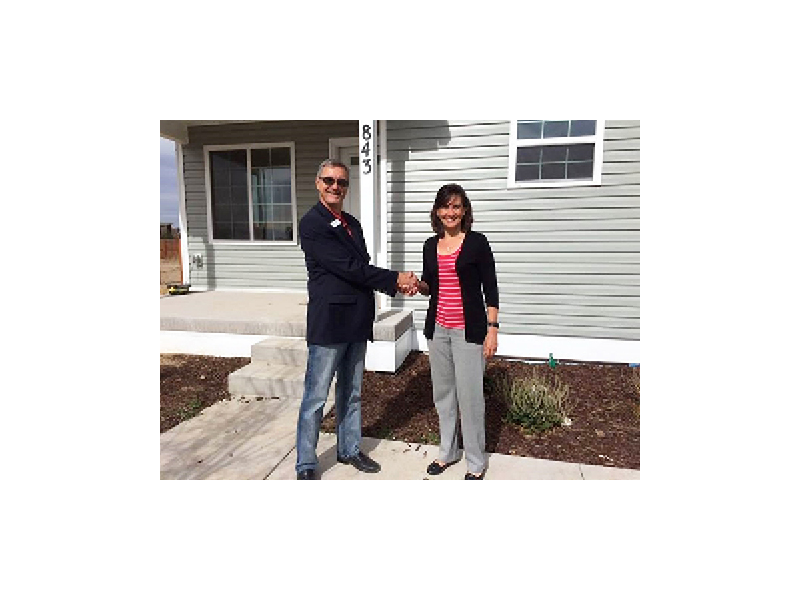 The walk took place in coordination with the ACEC National Fall Conference.  Proceeds will benefit Pikes Peak Habitat for Humanity (PPHFH). ACEC Colorado Executive Director Marilen Reimer and ACEC Colorado Fellow and Past President Lauren Evans, PE, were among the 63 who participated and/or donated to the charity walk.

ACEC Colorado South Area members joined South Area Director Karlene Thomas, PE, who also participated in the walk and delivered the check to PPHFH Director of Development Andy Peterson at one of the organization’s building areas on behalf of the ACEC National CoF.

“It was a privilege for ACEC Colorado’s south area members to help in the selecting the beneficiary of ACEC National CoF’s first charity event and to participate in an event that gives back to the community.  What we do as engineers affects every aspect of our quality of life, and to be able to extend that effort beyond our day-to-day job is meaningful and rewarding,” said Thomas.

The ACEC National CoF is a distinguished class of engineers who have been selected by their peers as deserving recognition for exemplary contributions to the profession.  Election to CoF is administered by the ACEC National Committee of Fellows, which also coordinates all Fellows’ activities and programs.  ACEC Colorado has 11 members who are Fellows and six who are Life Fellows.