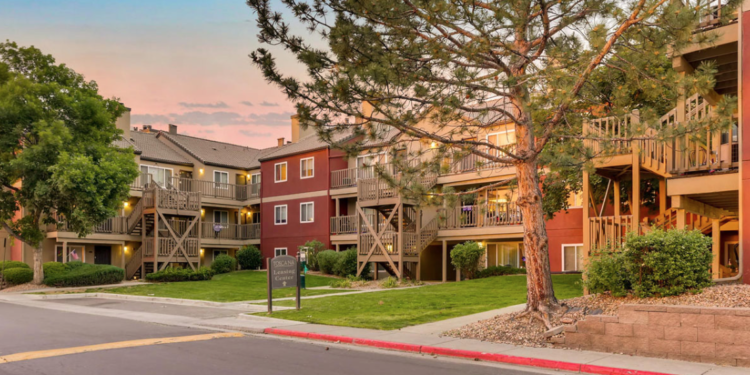 Westminster’s 252-unit Toscana Apartments, located at 84th and Sheridan, has received a $42 million investment that will ensure the community remains affordable for the long-term. Maiker Housing Partners, a progressive housing authority and socially conscious community developer in Adams County, and The Community Development Trust (“CDT”), a national investor in affordable housing, have formed a joint ownership agreement with their investment.

“As we navigate the current affordable housing crisis, Maiker knows how crucial it is to invest in real estate that will increase housing affordability in Adams County and create thriving spaces for community building,” said Eva J. Henry, Maiker’s board chair and Adams County commissioner for District 1. “I’m so proud to have Maiker working alongside CDT on this important next step for Toscana that will provide affordable, safe housing to those who need it most.”

The property – which is now the largest affordable housing community in Maiker’s portfolio – currently operates under the Low-Income Housing Tax Credit program and serves residents at 50%, 55%, and 60% Area Median Income (AMI). CDT is investing $8 million to acquire a 75% interest in the Toscana property through the joint venture with Maiker Housing Partners. Under the joint ownership agreement, CDT and Maiker will increase the proportion of units serving very low-income (50% AMI) households. They also will capitalize nearly $2 million in immediate repairs and capital reserves to ensure the property is preserved as high-quality affordable housing for the foreseeable future.

Adams County is at a critical point in its development – never in its history has the county experienced such growth. From 2000-2019, the county’s population swelled to 517,421, an increase of nearly 50 percent that is outpacing the seven-county metropolitan Denver region and the entire state, according to the Colorado State Demography Office. The Denver Regional Council of Governments projects Adams County will be the fastest-growing county in Colorado over the next 20 years, both in population and employment.

Reports show that an estimated 35 percent of Adams County households do not earn enough to afford a two-bedroom apartment at fair market rent. The average estimated hourly wage of renters in Adams County is $16.92. At that wage, the average full-time worker can afford $880 in rent. But in Adams County’s high-demand housing market, the average fair-market rent for a two-bedroom apartment is $1,508 per-month, according to findings from the National Low Income Housing Coalition “Out of Reach 2020: Colorado” report.

“It’s an honor to work alongside CDT on this acquisition that will preserve more affordable homes for community members in Adams County,” said Maiker’s Executive Director Peter LiFari. “The Toscana investment shows how a public-private partnership can be maximized to overcome the barriers facing the development of affordable housing today in Colorado.”

CDT and Maiker are retaining Echelon Property Group, the current property manager, who has successfully managed and maintained the property for the past 15 years. Debt financing was provided by Hunt Real Estate Capital.