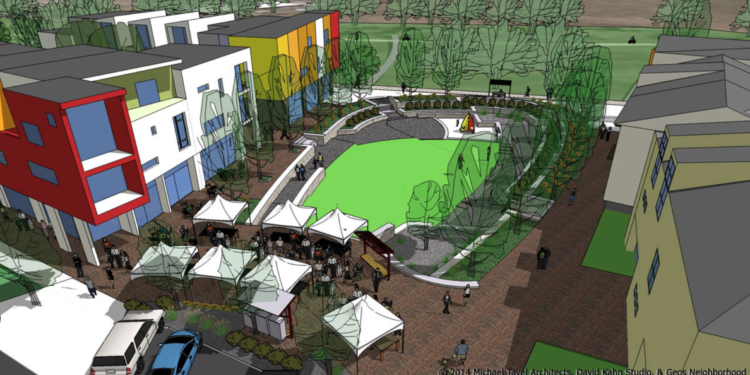 Fourth Wave Energy, Inc. (FWE), a San Jose-based climate solutions technology company, has entered into an agreement whereby it has the option to acquire and help develop 19 acres of residential land for GEOS Neighborhood, an innovative mixed-use, net zero energy development in Arvada.

Fourth Wave plans for the construction of net zero carbon energy independent homes and multi-unit condo rental units at the Arvada project with a combined sales price of over $120 million. The project, located just west of Indiana on 69th St., is Colorado’s first geosolar development that has already built and sold the first 25 homes and has proved net zero utility bills.

The GEOS community has won numerous green/zero carbon housing awards and is recognized as an environmentally advanced sustainable home community. The community will serve as the prototype for future developments for FWE.

FWE is a startup clean tech company formed to take a leading role in the fast growing ‘green revolution’ of the transition from carbon based energy to solar and other clean power sources. FWE plans to be active in green community development, renewable energy research and development of net zero carbon commercial developments.

“We believe the way existing buildings are being powered with carbon based energy is obsolete. We are developing the systems that will lead the de-carbonization movement,” stated Joseph Isaacs, CEO of FWE.

The exercise of the option is subject to a number of conditions, including the negotiation of a definitive purchase agreement for the property.