YOU ARE HERE:Home » Brokerage » Carpathia Goes Under Contract on The Offices at Victory Ridge
BrokerageDevelopmentRetail

Carpathia Goes Under Contract on The Offices at Victory Ridge 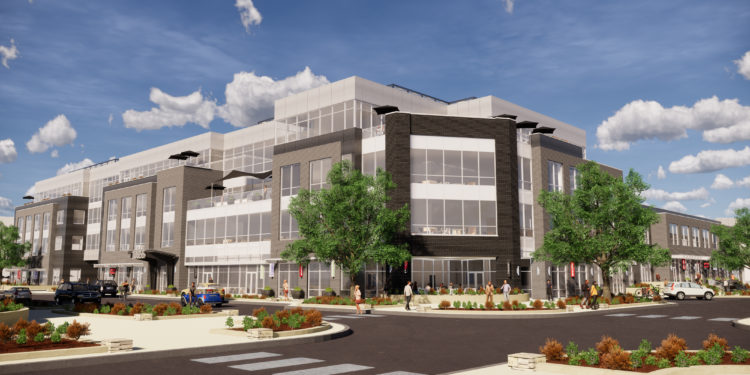 The Offices at Victory Ridge, courtesy of CBRE.

Tulsa-based Carpathia and Colorado Springs-based Mission Hill Capital have gone under contract to purchase the high-profile office property located at the intersection of Voyager Parkway and Interquest Parkway in northern Colorado Springs’ Victory Ridge development. Currently owned by Westside Investment Partners of Denver, the acquisition builds on a wave of recent momentum for the mixed-use project.

CBRE’s Brad T. Bird and John Marold are representing Westside on the sale and have been retained by Carpathia for marketing the contracted buildings for pre-lease opportunities.

“The Offices at Victory Ridge are located at the best intersection within Colorado Springs’ best-performing submarket. Northern Colorado Springs is seeing unprecedented growth, which is fueling development across the office, retail, residential and hospitality sectors. The area surrounding Victory Ridge is shaping up to be one of the Springs’ most vibrant communities,” said
Mr. Bird, a first vice president with CBRE in Colorado Springs.

The project known today as Victory Ridge initially launched in 2006 under different ownership, fell into foreclosure in 2008 and then sat vacant for eight years. Westside Investment Partners took over the development in late 2016 and in less than three years Victory Ridge and the surrounding area has seen a significant positive transformation.

In November 2017 the luxury theater Icon Cinema opened its doors at Victory Ridge and In-N-Out Burger announced that the site would be the home of its new regional headquarters, distribution facility, and first Colorado retail location. Icon Cinema recently bought an expansion parcel where they will add to the existing theater a 106’ mega screen that will be the largest in Colorado. Lokal Homes has also closed on 15 acres at the project, where they plan to construct 221 townhomes and have pre-sold the first twenty-four just months after breaking ground. Also under contract and planned are a Panda Express, Qdoba, premier in-line retail, two pre-leased 40,000-square-foot medical buildings, and at least one hotel.

The immediately surrounding area has also witnessed a boom of development since 2018 with over 2,200 apartment units, 2,200 single family homes and five hotels delivered in addition to a mix of restaurants, retail and more. Great Wolf Lodge opened in 2017, Scheels All Sports just broke ground on its 220,000-sq.-ft. retail center, and the neighborhood is also the future site of Ent Federal Credit Union’s new 340,000-sq.-ft. headquarters campus across from the 57.8-acre land site Centura Health recently closed on with plans to build a new hospital.