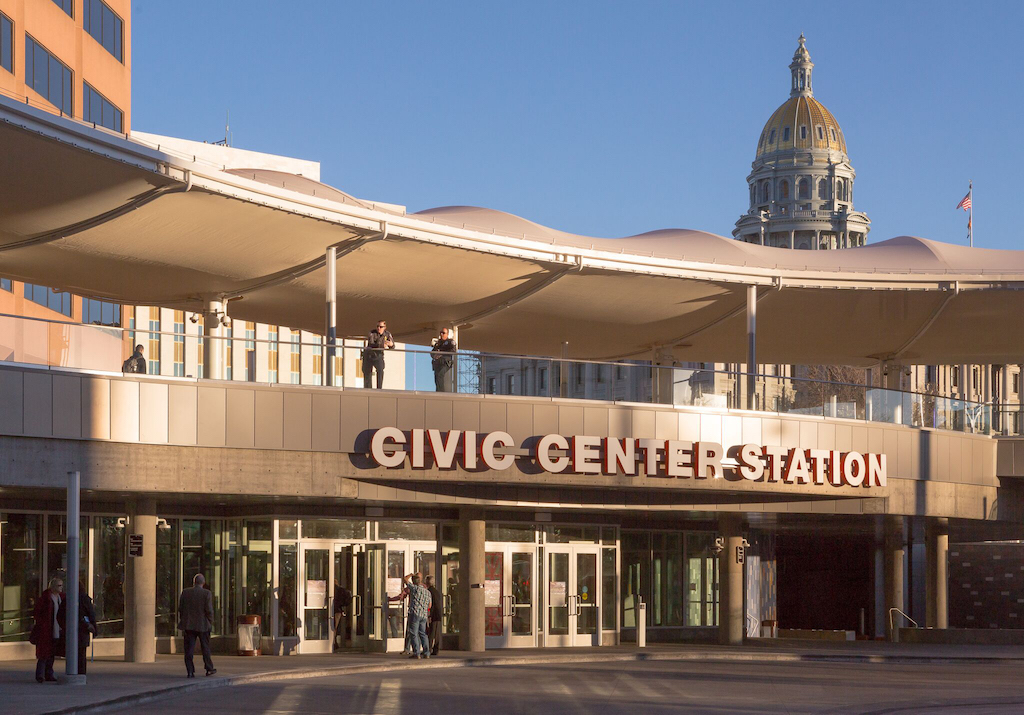 DENVER – The Board of Directors of Denver’s Regional Transportation District (RTD) celebrated the grand re-opening of Civic Center Station in downtown Denver this past Friday, December 15, and bus services resumed in full on December 17. The project was completed under the combined leadership of Perkins Eastman, Short Elliot Hendrickson (SEH), and Mortenson Construction.

“This was an incredibly challenging project situated on a tight urban site,” said Dave Espinosa, senior project manager for Mortenson, “But one that is so crucial to connecting people and transit. It enhances Denver’s position as a world-class city.” The revitalized hub was designed to, first and foremost, better accommodate commuters and locals who use the station every day, and provide them with an iconic new station that offers the area a sense of arrival. Standing in the shadow of the Colorado State Capitol and Civic Center Park, and adjacent to a thriving downtown cultural scene that includes the Denver Art Museum and History Colorado Center, Civic Center Station serves one of RTD’s most frequented regional bus transit centers. Its 18 routes serve an average of 15,000 daily riders, and provides an important turnaround point for the 16th Street Free MallRide, which at long last has a southern terminus worthy of the heavily-trafficked thoroughfare.

“In creating this new Civic Center Station, we set out to make an environment that truly fit the transit fabric and character of downtown Denver. This intersection represents an iconic spot in the city, where culture, green space, civic pride and transit all converge. As architects we took as our mandate the task of designing a place that was attractive, flexible, safe, highly functional, and above all, a transit hub that Denver’s own could be proud of,” said Peter Cavaluzzi, principal with Perkins Eastman and the project’s design lead.

The new station was designed using the principles of “Open Transit,” an approach to transit-oriented development which proffers that great transit infrastructure should likewise benefit from great design, and become a destination in and of itself; a welcoming and secure place where residents and transit riders will convene and where businesses both new and existing may thrive. The glass-enclosed station features nine bus bays, and is marked by a signature curving canopy that signifies one’s arrival to Downtown and offers an inviting frontage at the end of the 16th Street Mall. On either side of the station are two staircases that ascend to a terrace, a great new public asset from which visitors can mingle, dine, and enjoy 360-degree views of the State Capitol, Civic Center Park, Colfax Ave., Broadway and beyond.