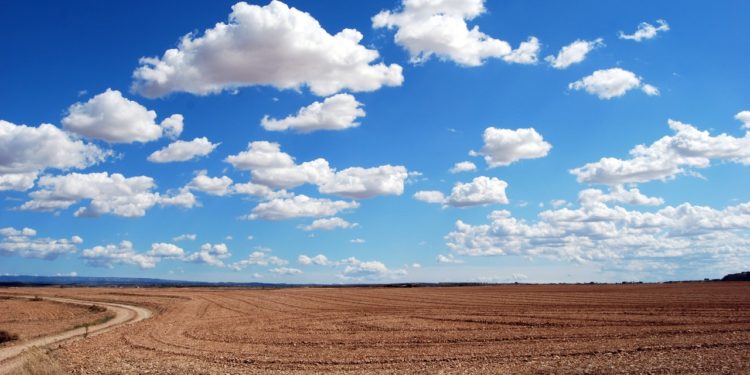 Vacant land is a hot commodity in the commercial real estate sector. According to CRE data platform Reonomy, recent sales volume across the asset class has grown steadily over the past few years, with average sales price following suit in many markets. 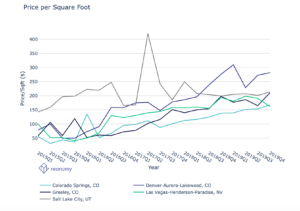 While national performance is strong, the national vacant land sales report indicates activity is especially impressive in burgeoning secondary markets. In fact, the proportion of vacant land sales in these smaller, less-saturated metros has increased by 60 percent over the past five years.

The demand for land is affected by annual population growth and the economy as a whole. According to the Census Bureau, Denver (which includes Lakewood and Aurora) welcomed 11,053 people over the course of a year, making it the nation’s 9th fastest-growing market between July 1, 2017, and July 2018. Census findings also show Greeley, which sits 60 miles north of Denver, ranked sixth based on overall percentage growth (up 24.3% from 2010-2018). Colorado Springs has also grown too, landing on the top 30 fastest-growing cities just this past October.

As Colorado continues to flourish, the demand for viable vacant land is increasing. Across all three MSAs, transaction volume in the asset class has increased year-over-year. Sales prices followed a similar ascent; average prices in Greeley and Colorado Springs were initially closer to the national average but saw an uptick in 2017 and 2018. Will vacant land continue to perform throughout 2020? If Colorado continues its Rocky High success, it’s certainly likely.