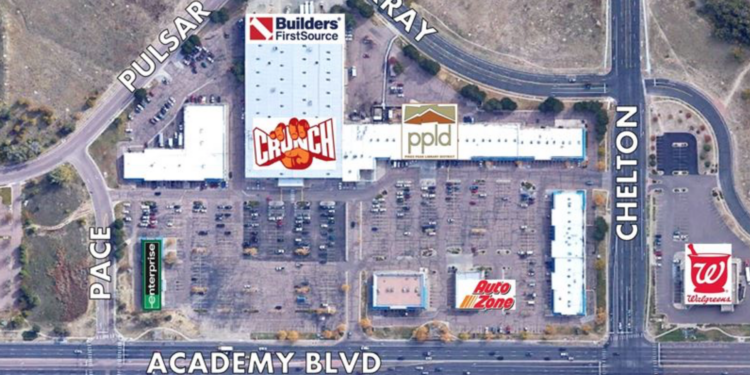 Academy Plaza, which is co-anchored by Crunch Fitness and one of the world’s largest weapon manufacturers and military technology providers Northrop Grumman, has sold for $19.5 million.

“We utilized our custom-tailored marketing approach to engage both local and national buyers around this uniquely positioned asset. Through our efforts, we were able to generate multiple bids on the asset, which in turn allowed us to use that competition to drive value for our seller,” reported Baskin.

The Academy Plaza consists of over 220,000 leasable square feet — 93 percent of which is leased — spans across 20.58 acres with a tenant roster that includes AutoZone and Little Caesars as well as an additional 30 tenants.

The center benefits from stable household incomes as well as a promising amount of vehicle traffic (the intersection of South Academy Blvd, and Chelton Rd. receives 46,700 per day on average). The plaza also offers the opportunity for an investor to purchase the property for well below replacement costs since it is being offered at only $88 per square foot.

Matt Hardke, vice president at Graystone and Jim Root, an associate at the firm, represented the California-based buyer for this deal.

“The Orange County, CA-based buyer owns and manages nearly one million square feet of commercial real estate throughout the Western U.S. They are excited to expand their footprint approximately 25% with an additional 226,600 SF,” reported Root. “Furthermore, Graystone helped the buyer identify several areas where they could add significant value while minimizing the risk typically associated with opportunistic acquisitions by delivering an asset with strong occupancy and stable cash flow,” adds Matt Hardke.

Colorado Springs is home to many booming industries, including aerospace, military technology, and innovation in life sciences and medical devices. Colorado Springs is supported by its proximity to Denver, as well as several universities and nearby military bases that provide an inelastic source of demand for goods and services.