YOU ARE HERE:Home » Architecture » Consolidation of UA Flight-Training Center in Stapleton Underway
ArchitectureConstructionDevelopmentTransit 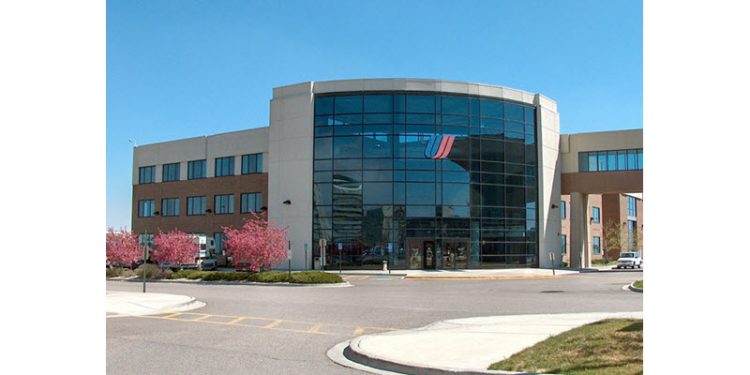 United Airlines has begun the consolidation of its two flight-training facilities at its existing location in Stapleton. (Courtesy of StapletonDenver.com)

According to a $26.6 million construction permit for the property at 7401 E Martin Luther King Jr., the consolidation of United Airlines’ flight-training facility in Denver is underway.

Back in 2015 United Continental Holdings Inc. (NYSE: UAL) announced that it would consolidate its two flight-training facilities at its existing location in Stapleton.

Hensel Phelps is the contractor for the project and Boka Powell, LLC. is the architect of record.

According to Boka Powell, the existing campus consists of six buildings, A through F, which together total approximately 470,000 GSF. In all, the Denver campus houses 32 Full Flight Simulators (FFS) and 16 Fixed Training Devices (FTD).

To support growth and to provide training facilities for new aircraft models entering the fleet, United Airlines will be adding eight (8) FFS bays and four (4) FTD simulators, bringing the total to 40 FFS and 20 FTDs. The expansion, Building G, will include all spaces associated with and in support of the simulators and flight crew instruction, including computer rooms, briefing rooms, classrooms, instructor / pilot amenities, and simulator technician work areas.

United will receive $13 million from the city and the Colorado Office of Economic Development and International Trade in economic-development incentives over the next eight years if it hits certain benchmarks for the number of jobs created and the capital investment it makes in the facility. However, final plans for the facility are still yet to be approved by the city.

Topping Out: New Central Recreation Center for City of Aurora