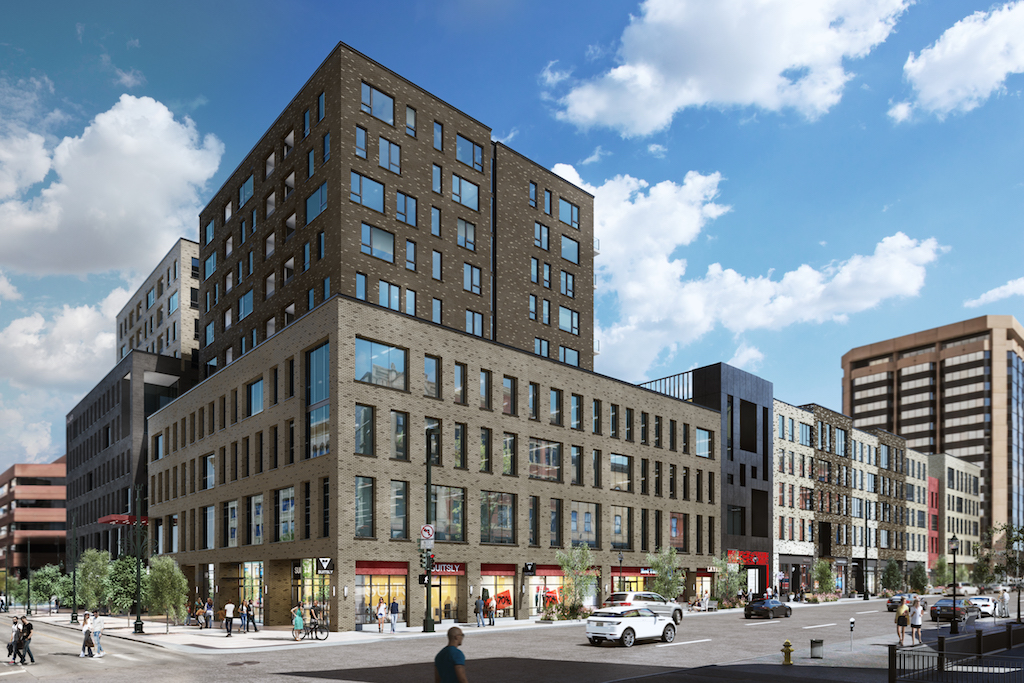 DENVER – Continuum Partners, a Denver-based firm specializing in building urban, mixed-use developments, announced today that construction will begin on the highly anticipated Market Station project, formerly the site of the central Regional Transportation District (RTD) bus terminal, Market Street Station. Construction fencing will go up on the site beginning September 29, followed by initial mobilization and utility work, with demolition activity slated to begin in mid- to late-October. The project is scheduled to be completed in Summer 2019.

“We are thrilled to be starting construction on Market Station, which will be the next great downtown development, similar in scale and significance to Larimer Square and Union Station,” said Roger Pecsok, development director at Continuum Partners. “While Denver has seen some extraordinary developments in the last few years, we believe Market Station is a unique project in an important location.  Our goal is that Market Station will boost the retail vitality of this part of LoDo and 16th Street much in the same way Union Station has for the Wynkoop corridor.”

Continuum Partners has selected Kiewit Construction as General Contractor for Market Station. El Dorado Inc. out of Kansas City will serve as the lead design architect and BOKA Powell out of Dallas will be the architect of record. Todd Wheeler of Cushman & Wakefield will be the project’s office leasing broker while Continuum Partners will handle the retail leasing in-house.

Market Station includes the entire city block bounded by 16th, 17th, Market and Blake Streets, except for the Regional Transportation District headquarters building at 1600 Blake Street. The land was purchased from the City as part of Continuum Partners’ agreement as co-master developers of Union Station Transit Hub and neighborhood. The $200 million Market Station project will consist of 370,000 square feet of development including 95,000 square feet of creative office space; 85,000 square feet of retail; and approximately 225 residential rental units. The retail is planned to include established national brands, emerging concepts and a small number of restaurants. In addition to luxury apartments, the residential plan will include micro units, which Continuum Partners hopes will help address the ever-increasing affordability challenges downtown. Finally, there will be two levels of below grade parking, providing 320 spaces for both tenant and public use.

In an Era of the Disappearing Mid-Sized Firm, 4240 Architecture Opts to Grow from Within