YOU ARE HERE:Home » Development » Consumer Products Innovator Secures One of Last Available Warehouses in Boulder
Development 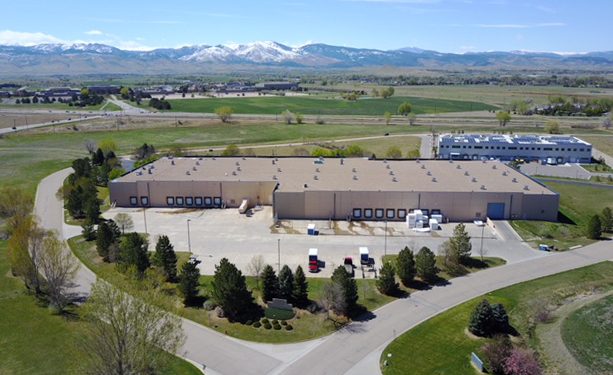 BOULDER — Nite Ize ®, a local manufacturing company known for creating solution-based products, has quietly purchased one of the last available warehouses in Boulder County of its size.

Located in the Boulder Tech Center at 6303 West Dry Creek Parkway in Longmont, Nite Ize purchased the 160,000-square-foot property to serve as the new global distribution headquarters for their growing consumer products brand.

Brian McClenahan with CBRE and Chris Ball of Cushman & Wakefield represented Nite Ize in the purchase. The seller was STAG Industrial of Boston.

“This building is one of the last remaining 100,000-square-foot-plus warehouses still standing within Boulder limits. Most companies are forced to leave Boulder when they need to expand, so this was a rare opportunity for Nite Ize to stay local yet still grow and modernize their operations,” said Brian McClenahan, vice president with CBRE in Boulder.

“The opportunity to capture prime Boulder County space near our current headquarters sets us up for continued growth and keeps us rooted in the Boulder community,” Nite Ize President Michael Boyd said. “The additional square and cubic footage of the new facility will allow further investment in high volume order processing equipment, as well as provide additional storage space for our increasing inventory needs.”

Nite Ize was previously operating out of three locations in Boulder: a global office headquarters on Central Avenue in East Boulder, which they will maintain, as well as a manufacturing facility on Longbow Drive and a distribution center on Spine Road, both in North Boulder.

The new facility within the Boulder Tech Center will replace the company’s Longbow Drive and Spine Road locations, allowing Nite Ize to consolidate and improve the efficiency of their operations with the help of features like 28-foot clear heights. The building at 6303 West Dry Creek Parkway also offers a front park/rear load design with 16 docks, two drive-in doors, a newly installed ESFR fire suppression system and trailer parking. It was originally built in 1991 and renovated in 2013. The nearly 11-acre site is located along the Diagonal Highway, about six miles from downtown Boulder.

“We are looking forward to consolidating two of our three buildings and incorporating additional production, inventory, and order processing space,” Boyd said. “We have lofty goals for growth and this investment in our future is a necessary step to help us get there.”