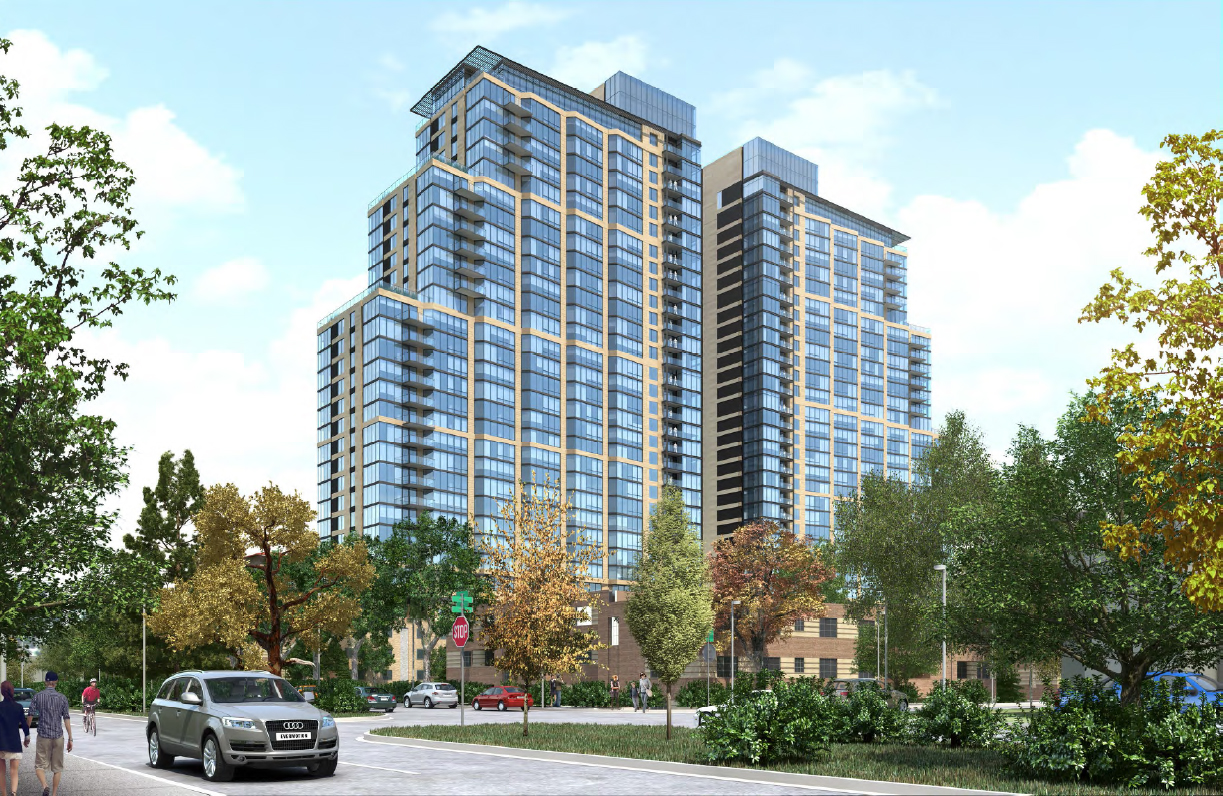 DENVER — As Mile High CRE announced earlier this week, as part of our feature on NAIOP’s 2017 Awards of Achievement, the Country Club Towers II & III, a Broe Real Estate Group project, is Denver’s 2017 Multifamily Development of the Year.

Located in the heart of Denver, at 1101 E. Bayaud Avenue, Towers II & III is a 552-unit luxury apartment community that combines architectural innovation with unmatched personal and professional services including a 5,000-square-foot spa and fitness club with in-house professionals, a chef-in-residence, and private shuttle service. The iconic two-building structure delivers a million square feet of premier luxury living to Denver.

The architect for Country Club Towers II and III was Solomon Cordwell Buenz of Chicago, the Colorado office of Swinerton Builders was the general contractor and the major subcontractors included RK Mechanical, Weifield Group, S.A. Miro, Kimley Horn and StudioInsite.

A 30 year project in the making, Towers II & III was designed to capture and showcase the best views of Denver by securing surrounding property to guarantee unobstructed views and incorporating a unique saw tooth architecture – the first of its kind in Colorado multifamily developments – to unlock panoramic views from every side of the Towers community. The impact is immediately felt in every home through floor-to-ceiling bay windows that deliver breathtaking sunsets and mountain views from an unprecedented three of four directions, doubling the view for interior units.

“We’re deeply honored to be recognized as the Best of the Best in Colorado,” said Broe Real Estate Group vice president Walter Armer. “As a legacy project planned over decades, each detail has been thoughtfully crafted to create a true neighborhood within a neighborhood. With an unprecedented six month surge to 60% lease up, Denver has really shown it values such a unique community.”