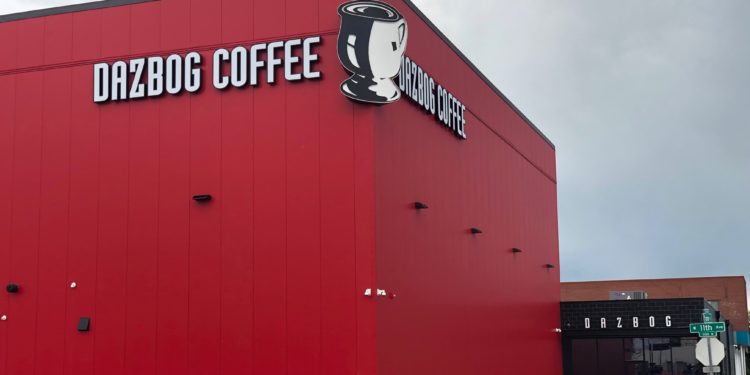 “Our roots are in Central Denver and we are committed to staying here, so we went vertical to create this iconic new building that will give the company plenty of capacity to grow for at least the next decade,” said Leonid Yuffa, co-founder, president & chief operating officer of Dazbog, which was founded in 1996. “Dazbog has grown as the city of Denver has expanded. We are thrilled to be Colorado’s premiere coffee roaster.”

The Edge LoHi Tops Out