YOU ARE HERE:Home » Brokerage » Death and Glory Skate Shop Rolls into New Location on South Broadway in Denver
BrokerageReportsRetail 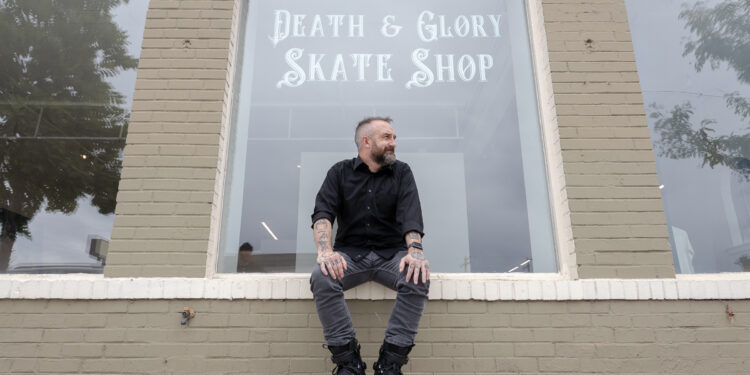 Jesse Heilmann in front of the Death and Glory store, courtesy of CBRE.

“There’s no retail destination in Denver quite like South Broadway. It is home to both longstanding mainstays and exciting new concepts, all of which share a vibe of originality. Death and Glory is in exceptionally good company,” said Bayer.

Death and Glory Skate Shop was founded in Denver in 2018 by skating and roller derby enthusiast Jesse Heilmann. The store sells supplies for various types of skate, including inline, derby, quad and skateboard. Since its founding, the brand has supported the growth of Denver’s skating community, working with organizations and events like The Rollerdome, Mile High Battle, Colorado Shiners and DUST.

“We were hoping for more space and more traffic and, as established as south Broadway is, it’s still up-and-coming. There are long-time Denver haunts and bleeding-edge trends on the same block. South Broadway is still an answer when someone asks, ‘What are the coolest neighborhoods in Denver?” said Heilmann.

Before its move to South Broadway/Platt Park, the skate shop operated out of a store at 935 W 11th Ave. in Denver’s Lincoln Park neighborhood.

The Rose on Colfax Tops Out