YOU ARE HERE:Home » Development » Decade in Review: The Denver Office Market
DevelopmentOfficeReports 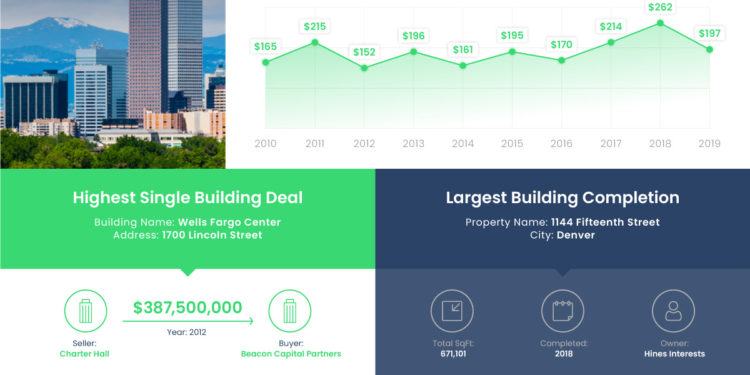 Now that the decade is over, COMMERCIALCafé, a nationwide commercial real estate listings platform, decided to look back at the evolution of office markets across the U.S. from 2010 to 2019. They checked the top deals of the decade, the most active markets, the price per square foot fluctuations, the biggest office completions, and more.

Nationally, the office sales volume settled around $100 billion for each of the last few years, after peaking in 2015. Prices continued to rise. The national price per square foot started the decade off at $211 and ended at $291.

Drawing on Yardi Matrix data, the study looked at office transactions from 2010 to 2019, considering only completed properties of at least 25,000 square feet and a minimum transaction amount of $5 million.