YOU ARE HERE:Home » Development » Denver Adds 15.8M SQFT of Office in 10 Years
DevelopmentOfficeReports 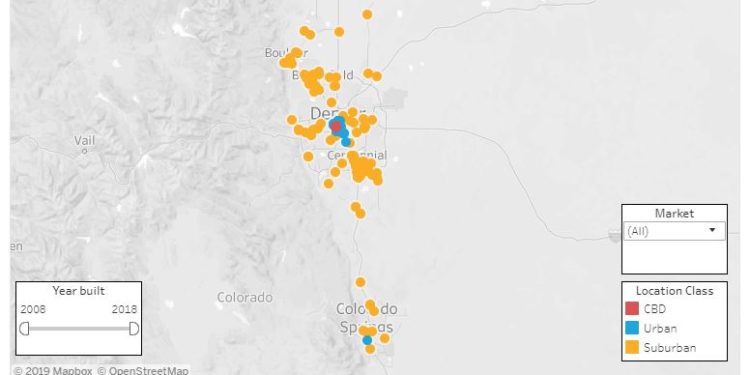 The latest COMMERCIALCafé study looks not only at how much office space 20 of the top U.S. markets have added in the past 10 years, but also at where this space was added — CBDs vs. urban vs. suburban areas.

Using data provided by Yardi Matrix, the study identified properties with at least 25,000 square feet across 20 top markets based on primary and secondary locations.

Read more and have a look at the methodology here