YOU ARE HERE:Home » Office » Denver Boasts the Highest Percentage of Transit-Accessible Offices in the Nation, Report Says
OfficeReportsTransit

Denver Boasts the Highest Percentage of Transit-Accessible Offices in the Nation, Report Says 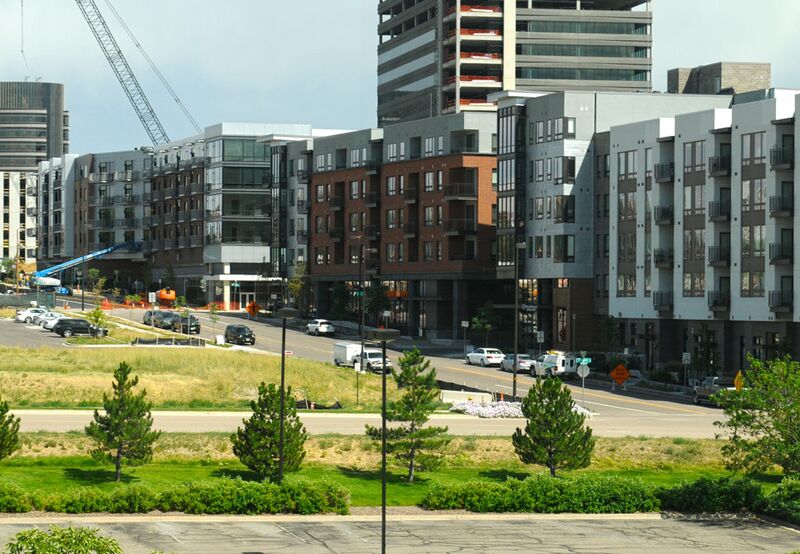 Belleview Station at I25 and Belleview in south Denver, is a mixed-use, transit-oriented development.

DENVER — A new report by real estate firm Transwestern found that 71 percent of Denver’s office space is transit-accessible. The Mile High City has the highest percentage in the nation, compared to 15 of the country’s biggest markets.

According to the report, Denver has 103 million square feet of transit accessible office space, with an average rent rate of $22.43 per square foot, and a vacancy rate of 9.69 percent.

Transit-accessible buildings are defined as those that are within a 10-minute walk from a subway, commuter rail or light rail facility. Public buses were excluded from this analysis.

In densely populated commercial real estate markets across the country, both landlords and tenants have recognized that an increasingly important factor in attracting a quality workforce is accessibility to mass transit. Yet every market offers a different level of access to transit-accessible buildings.

“As workplace amenities have become increasingly important to companies in attracting and retaining talent, tenants are most certainly keeping accessibility to mass transit on their radar when surveying office product. Not surprisingly, vacancy for transit-accessible buildings is lower than overall vacancy, which makes these buildings extremely attractive to commercial real estate investors,” said Brian Landes, director of GIS/Location Intelligence for Transwestern.

To see how the 15 markets compare, visit http://www.twurls.com/masstransit