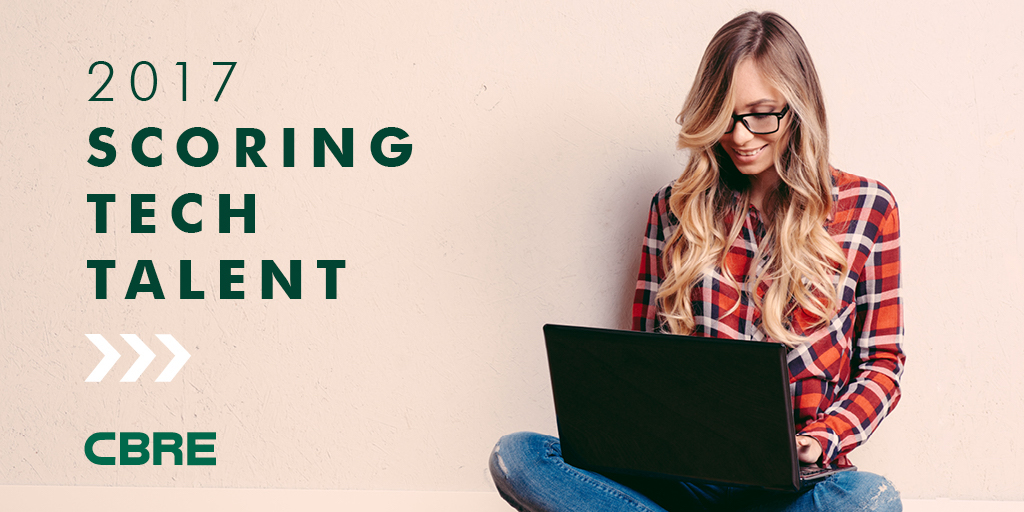 DENVER – Jumping six spots to #12 on CBRE’s Tech Talent Scorecard, part of its fifth annual Scoring Tech Talent Report, which ranks 50 U.S. and Canadian markets according to their ability to attract and grow tech talent.

The report, which can be viewed in detail by market in the interactive Tech Talent Analyzer, finds that strong demand for talent that offer specific skills, such as software development, coupled with a tight labor supply, is driving companies to locate in markets with the largest concentrations of high quality talent. And while value is a key driver when it comes to choosing an office location, companies are showing that they are willing to pay a premium to access the highest quality tech talent.

“Since the cost of talent is the largest expense for most firms, the quality of that tech talent is becoming one of their most important considerations. The skills of the available labor pool do not appear to align with available jobs, causing a structural impediment to growth for companies across North America,” said Colin Yasukochi, director of research and analysis for CBRE and the report’s author.
Denver was among the best value markets for tech talent, due to its moderate labor costs (averaging $100,383 for a tech wage) and “very-high”- quality labor pool.

The top 10-ranked cities on the Tech Talent Scorecard were all large markets, each with a tech labor pool of more than 50,000. The San Francisco Bay Area, Seattle, New York, Washington, D.C., Atlanta, Toronto, Raleigh-Durham, Austin, Boston and Dallas/Ft. Worth made up the top 10. The rankings for the Tech Talent Scorecard are determined based on 13 unique metrics including tech talent supply, growth, concentration, cost, completed tech degrees, industry outlook for job growth, and market outlook for both office and apartment rent cost growth.

Helping to elevate its ranking on the Scorecard, Denver stood out in the report in a number of key areas:

“There are a lot of reasons to feel good about Denver’s tech scene. We continue to attract top tech talent thanks to our robust economy, supportive entrepreneurial culture and overall quality of life, and Denver’s strong tech wage growth only adds to that appeal. While our office rents and average salary have risen, Denver is still an affordable option compared to other top tech markets like San Francisco and New York,” said Alex Hammerstein, senior vice president, CBRE Tech and Media Practice in Denver.

59-Acre Parcel of Land in Lakewood For Sale