YOU ARE HERE:Home » Construction » Denver Metro Set to Add Around 10,600 New Apartments by Year End
ConstructionDevelopmentMultifamilyReports 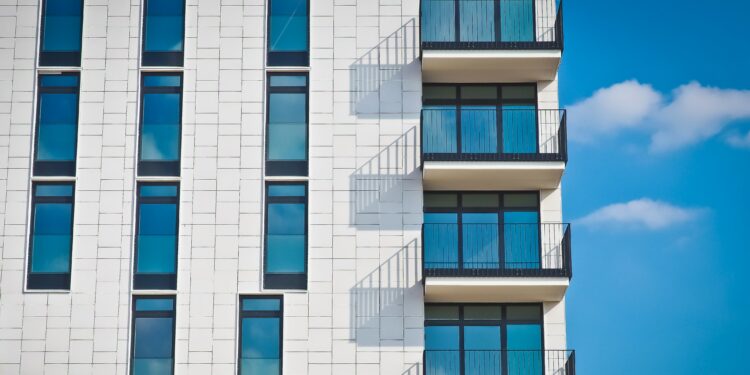 2022 is shaping up as the best of times for apartment construction in the US, with no less than 420,000 new rentals expected to be built nationwide by the end of the year. According to the recent RentCafe report, the Denver metro is firing on all cylinders on the development front, with 10,570 new apartments expected to hit the market by the end of this year. Denver holds the 12th largest number of projected deliveries nationwide, securing a spot among the top 20 US metros by estimated number of apartments, right behind Orlando, FL (11,338 units) and Los Angeles, CA (11,536 units).

“The construction industry is finally returning to pre-pandemic levels of activity but is still being hampered by three familiar challenges: labor shortages; material costs and availability; and supply chain issues,” said Doug Ressler, manager of business intelligence at Yardi Matrix. 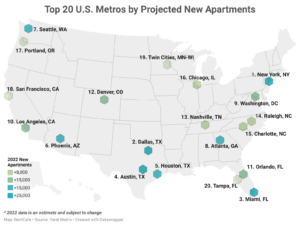