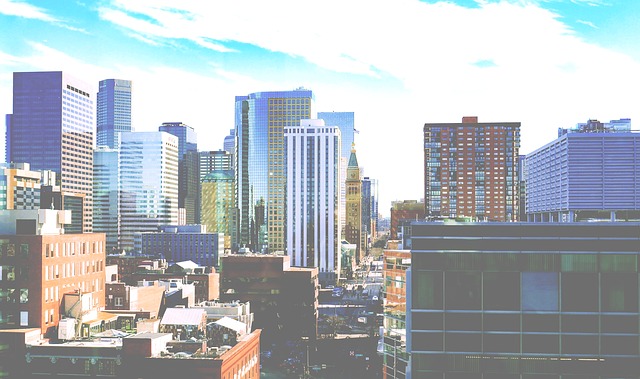 DENVER – For the fourth year in a row, Denver has ranked among the top 10 U.S. cities for the percent of its office space qualified as green certified, according to the annual Green Building Adoption Index study by CBRE and Maastricht University. Interestingly the study showed more “Green” in cities with benchmarking laws.

With a modest improvement year over year, 13.3 percent of Denver office buildings are now certified green, representing 41.9 percent of overall office square footage; that’s compared to 11.8 percent and 40.2 percent respectively last year. Chicago claimed the top spot in 2017, while San Francisco slipped to second and Atlanta, Houston and Minneapolis again rounded out the top five markets. “Green” office buildings in the U.S. are defined as those that hold either an EPA ENERGY STAR label, USGBC LEED certification or both. The study found that institutional owners of office buildings continued to pursue green building certifications in the 30 largest U.S. markets. 10.3 percent of all buildings surveyed are Energy Star labeled, while 4.7 percent are LEED certified, both slightly ahead of last year’s totals, although the total percentage of certified space fell slightly due to expiration of some certifications.

This year’s study also examined the potential impact of municipal energy disclosure regulations on green building adoption rates. Nine of the top 10 cities, including Denver, have implemented benchmarking ordinances, and several of those have experienced measurable increases in green certifications. Cities with benchmarking ordinances have 9 percent more Energy Star and LEED certified buildings, and 21 percent higher Energy Star and LEED certified square footage. In late 2016, Denver passed an energy benchmarking ordinance that applies to commercial buildings 25,000-square-feet and greater, with the first reporting deadline in 2017. When fully rolled-out, the policy is expected to cover around 360 million-square-feet of space annually.

“While it is still too early to make a definitive correlation between benchmarking ordinances and the rate of growth in ‘green’ buildings, this year’s findings do begin to establish a link that will be studied closely in the future,” said David Pogue, CBRE’s global director of corporate responsibility.

“Even though the current federal legislative agenda has shifted the focus away from energy efficiency and sustainability, the momentum in the commercial real estate industry toward improving building operating performance and enhancing building quality is hard to derail,” said Dr. Nils Kok, associate professor at Maastricht University.

Denver LEED-certified office buildings were active in 2016 with 333 transactions totaling over 3.5-million-square-feet. In terms of sales activity, 13 LEED-certified office buildings traded in 2016, averaging a 20-percent premium in price per square foot. Of the top 25 leases signed in 2016, five occurred in LEED-certified buildings and seven occurred in Energy Star-labeled buildings. The largest lease signed in the Denver metro area was a 357,000-square-foot renewal by a premier financial services firm at 1670 Broadway, an Energy Star building & Denver companies are savvy, and they realize that operating out of an energy-efficient space can not only save money and benefit the environment but also be a point of differentiation when it comes to attracting and retaining the best talent. With one of the tightest labor markets in the country, we are seeing more and more Colorado companies pay attention to the role their real estate plays in creating a competitive advantage,” said Sam DePizzol, executive vice president with CBRE Advisory & Transaction Services | Occupier in Denver.

A feature of the study again this year is a geographic mapping platform that highlights the name, location and details of the specific green certification for each building in all 30 markets. Again executed in close collaboration with the U.S. Green Building Council (USGBC) and CBRE Research, this year the report also included research and commentary from the Institute for Market Transformation. This is the fourth release of the annual Green Building Adoption Index.

Based on a rigorous methodology, the Index shows the growth of ENERGY STAR- and LEED-certified space for the 30 largest U.S. office markets, both in aggregate and in individual markets, over the previous 10 years.

Lab Space is Scarce in Denver