YOU ARE HERE:Home » Reports » Denver No.8 for Tech Talent
ReportsTechnology

Denver No.8 for Tech Talent 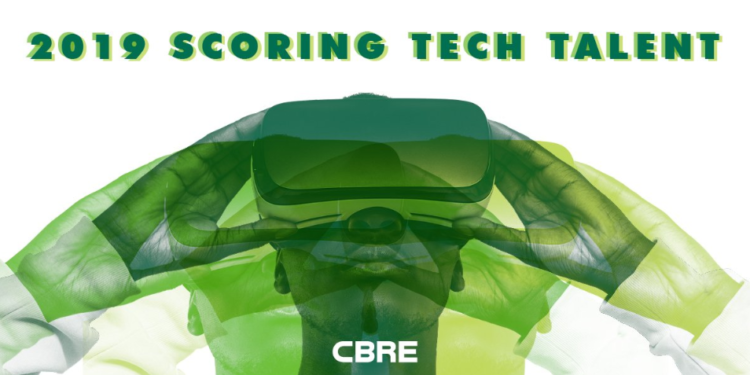 Denver’s tech community continues to grow. The Mile High City is now the eighth-best market for tech talent according to CBRE’s Tech Talent Scorecard, part of its annual Scoring Tech Talent Report, which ranks 50 U.S. and Canadian markets according to their ability to attract and grow tech talent. 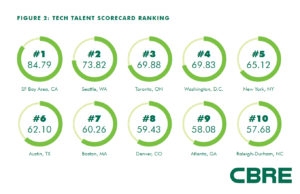 The Denver/Boulder region added more than 25,000 tech jobs over the past five years (30.9 percent growth), surpassing the tech talent produced from local universities by nearly 6,500. With tech job creation outpacing local supply, Denver/Boulder has seen an influx of tech workers from other states in hand with rising labor costs and increased competition to attract and retain talent.

“Our high-quality labor force has been without question the top factor attracting tech firms to the Denver/Boulder region over the past decade. As new tech companies have opened offices in Colorado and existing firms have expanded, tech jobs are being created at a faster pace than ever before. The good news is an abundance of opportunity helps us continue to attract the nation’s top tech talent. When today’s tech worker looks at Denver, they do not see a professional pitstop, they see a long-term career destination,” said Alex Hammerstein, senior vice president with CBRE’s Tech & Media Practice in Denver.

Colorado stood out in the report in a number of other key areas:

St. John Properties to Break Ground on Phase One of 600,000 SQFT Technology Park in Broomfield