YOU ARE HERE:Home » Office » Denver South a Hub for Aerospace and Aviation Industries
Office

Denver South a Hub for Aerospace and Aviation Industries 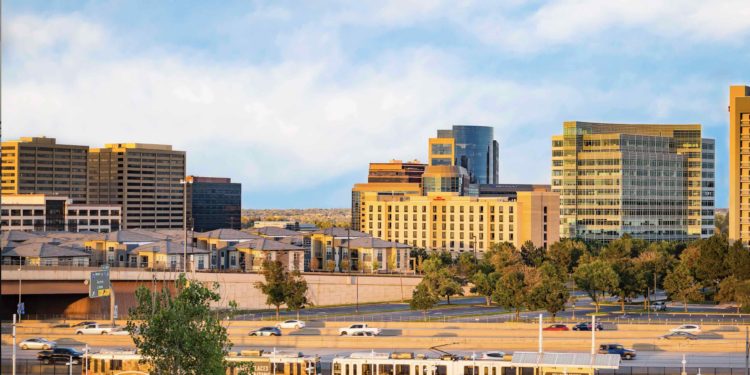 Denver South, located along the I-25 corridor south of Denver and the economic development organization for the region, has recently welcomed the expansion of Lockheed Martin into approximately 650,000 square feet of office space (nearly half that amount in the past year alone). Denver South also recently joined Lockheed Martin, United Launch Alliance (another major aerospace company headquartered in Denver South) and the Colorado Space Coalition (a Denver South partner) to celebrate the Lucy rocket launch, the first mission to the Trojan Asteroids.

In addition to the recent leasing activity and rocket launch, Denver South is home to nearly 200 aviation and aerospace companies, including Sierra Nevada Corporation, Lockheed Martin, UP Aerospace Inc., Jeppesen: A Boeing Company, Oakman Aerospace, BYE Aerospace, and General Atomics, among others.  It has become a hub for “flight”.

“The number of Aviation and Aerospace companies in Denver South has increased every year over the last 10 years, nearly doubling since 2011, with a highly educated workforce and significant assets in and around the region supporting both industries,” said Christine Shapard, vice president of economic development, Denver South. “As private companies continue to develop new space technologies and the U.S. military is increasingly focused on space, companies in the Denver South region continue to hire and grow here to advance critical national security and defense missions across the U.S.”

“Denver South’s robust educational system and access to major research centers help prepare the future Aviation and Aerospace workforce with vital skills and nearly 6,810 workers in the Denver South region support the Aviation and Aerospace cluster, with a large number of rocket scientists, pilots, engineers, and other high-tech, highly skilled workers,” said Tom Brook, president and CEO, Denver South. “The nine-county region’s universities are among the nation’s top producers of high-tech jobs and STEM graduates, including many specializing in Aviation and Aerospace. All of these attributes, combined with the region’s tremendous quality-of-life, continue to make Denver South a great location for industry growth and prosperity.”

Denver South is the economic development and transportation management organization, as well as the community of businesses and residents, surrounding the I-25 corridor south of Denver. For more than three decades, the organization of business leaders and public officials has been the driving force for regional collaboration through public and private partnerships, making Denver South one of the premier places in the world for business to start, grow, and flourish.