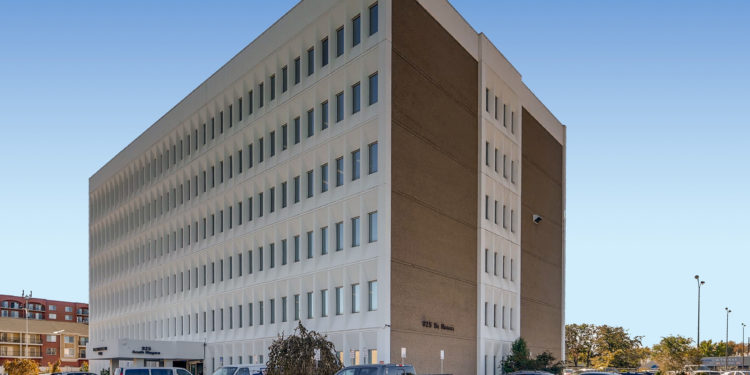 DENVER– Monaco Tower, a Class B value-add office building in the Glendale submarket of Denver, has sold for $5.8 million.

Monica Wiley and Jeff Wood of CBRE’s Denver office represented the seller of the property, an entity managed by Stabilis Capital Management LP, in the transaction. Benjamin Borgers, a local CPA, purchased the property.

“Monaco Tower has seen positive leasing activity for the past several years as tenants have been seeking quality office space outside of the Cherry Creek area,” said Wiley, senior associate. “The seller worked diligently to improve the property and secure tenants, ultimately stabilizing at 91% occupancy. The seller also rebranded the building as Monaco Tower, opting for a more recognizable name based on the location.”

The six story, 63,170-square-foot building was built in 1974, with approximately 16 tenants of various sizes. Located at 925 S. Niagara Street, the property has visibility from Leetsdale Marketplace and Monaco Parkway, while being surrounded by neighborhood amenities such as shopping, restaurants and entertainment.

After acquiring the building in 2014, Stabilis Capital modernized the building systems and improved the infrastructure, including an HVAC modernization, new boilers, elevator upgrades, new covered front entry, high end common conference room, new fiber-optic cabling and all new LED lighting. These improvements led to 91 percent occupancy of the building—with a stable tenant base ranging in both size and term.

The metro Denver office sector experienced strong fundamentals at the start of 2019. Positive net absorption of 499,427 square feet was posted in Q1 of 2019—the highest net absorption recorded the first quarter since Q1 of 2016. Occupancy of leased space in existing Class A and B buildings in the downtown submarket led to positive absorption in metro Denver, which facilitated the stability seen at Monaco Tower.