YOU ARE HERE:Home » Architecture » Denver’s Historic Tears-McFarlane Mansion to be Renovated
ArchitectureConstructionDesignDevelopmentRenovation 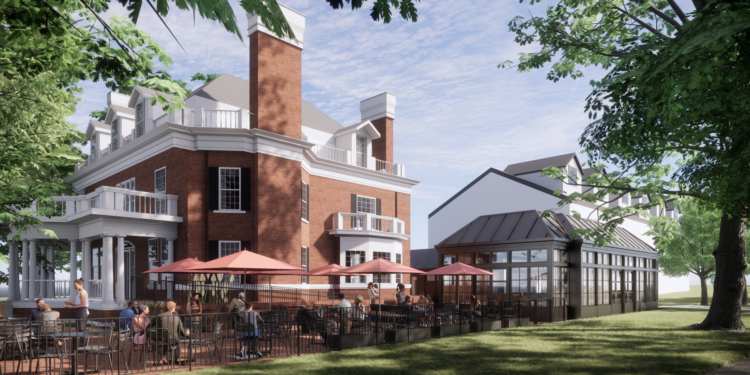 A project team consisting of Capitol Hill United Neighborhoods, City Street Investors and Semple Brown Design have begun the renovation of Capitol Hill’s historic Tears-McFarlane Mansion, as well as the design and construction of a new, freestanding café adjacent to the historic mansion. The team worked closely with the surrounding neighborhood on the vision for the mansion and how to incorporate new design elements and creative uses that would serve the community as a whole, while providing a place for relaxation and enjoyment overlooking the iconic Denver park.

“The Tears McFarlane Mansion will be transformed into a space that captures the spirit of Cheesman Park, the people who live in the surrounding neighborhoods and visitors who want to enjoy part of Denver’s history,” said Travis Leiker, president and executive director of Capitol Hill United Neighborhoods (CHUN). “CHUN is thrilled to work with Semple Brown Design and City Street Investors—two firms perfecting adaptive reuse of historic properties and customized placemaking in many of Denver’s neighborhoods.”

“The plans for the Tears McFarlane Mansion are really the manifestation of the community’s vision for the property,” noted Joe Vostrejs, founder and principal of City Street Investors. “It continues our practice of placemaking, which starts with taking the time to fully engage all of the stakeholders to ensure we’re delivering a place that genuinely meets the needs and desires of the neighborhood.”

As the first step in the eventual full renovation of the historic mansion, Semple Brown has, with its partners, designed a new café in the style of a conservatory that will replace the aging “Annex” building (completed in the early 1980’s). The new building will house many of the amenities the community asked for in Cheesman Park, including a place to enjoy coffee and pastries, a healthy lunch or a glass of wine with a casual dinner, all while sitting in the garden terrace or the glassy conservatory overlooking the park.

The renovation of the historic Tears McFarlane Mansion will feature important upgrades with the goal of providing updated interior spaces that allow others to gather or meet on the main and lower levels. Many of the elements for these spaces where locals can work, meet, or recreate and enjoy the outdoor setting are still in development, with specifics to be announced later this summer.

“The Georgian style Tears McFarlane Mansion evokes the history surrounding the development of Cheesman Park and the progression of development moving east from downtown at the turn of the century. It embodies the bold spirit of Denver when the city was still in its infancy,” said Sarah Semple Brown, principal, Semple Brown Design. “It’s a privilege to work on an unprecedented project like this one that will not only preserve an important part of Denver’s history, but activate it to benefit the community and the public realm.”

Mix of Multifamily and Office Proposed for 10.5-Acre Site in Jefferson Park 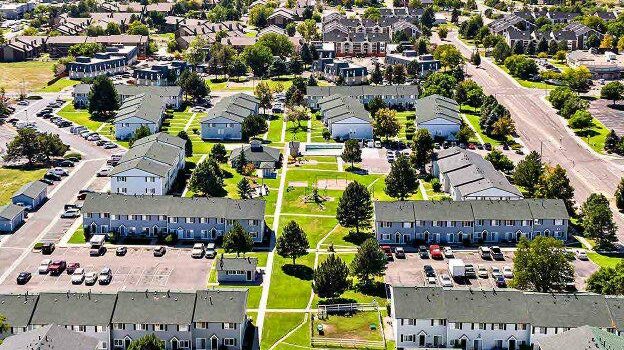