YOU ARE HERE:Home » Construction » Denver’s Industrial Market Begins the Year on a High Note
ConstructionDevelopmentIndustrialReports

Denver’s Industrial Market Begins the Year on a High Note 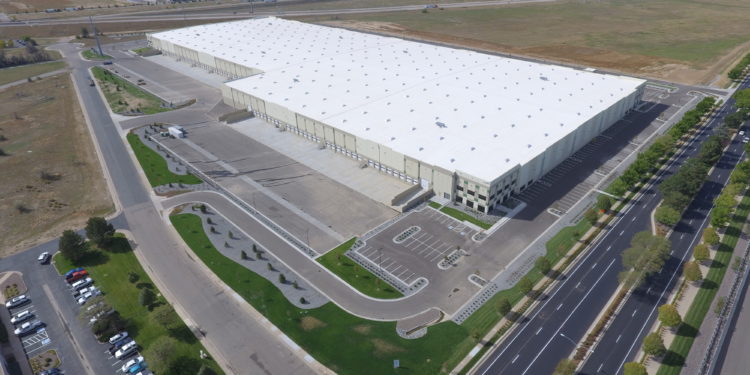 The East submarket logged the highest level of absorption with a total of 720,771 square feet, due in large part to the delivery and occupation of the Subaru of America’s 554,232 SF build-to-suit. Photo courtesy of Majestic Realty Co.

According to Newmark’s Q1 2022 Denver Industrial Market report, Denver’s industrial market exhibited moderated levels of expansion for the first quarter of 2022, with an absorption of 1.1 million square feet. Although down from the previous quarter due to far fewer build-to-suit buildings being delivered, market-wide absorption was still up 44.4% year-over-year. Most of this expansion was attributed to sustained activity in the e-commerce, and food and beverage industries as we enter the post-pandemic world. Highly confident tenants drove elevated leasing in the sub-100,000-square-foot market, while large tenants prioritized waiting for high-end product over taking what was available. Vacancy market-wide marginally decreased by 0.2% from last quarter to 6.0% but remained below 6.8% vacancy in the first quarter of 2021.

As in past quarters, the East submarket logged the highest level of absorption with a total of 720,771 square feet. This was in large part due to the delivery and occupation of the Subaru of America’s 554,232-square-foot build-to-suit. Vacancy in this submarket was 6.0%, down from 7.8% year-over-year. The Central submarket recorded the second highest quarterly
absorption at 202,767 square feet, and vacancy decreased to 6.0%. Absorption in the Northeast submarket was the lowest in the Denver market at -6,112 square feet, and vacancy swelled to 8.3% from 3.8% in the last 12 months. All other
submarkets posted mildly positive absorption under 65,000 square feet.

– Asking rates increased YOY for all submarkets in at least one product type and five out of seven submarkets saw them rise in both
– 10.0 million square feet due to deliver in 2022
– Vacancy is down for the third consecutive quarter
– Tenants, investors and developers are all still bullish on the future of the market

The confidence of owners is at an all-time high after consecutive quarters of expansion. As a result, they are expected to pass the increased costs of construction and improvements onto tenants, and rental rates will be increasing for the foreseeable future. In the Central and Northeast submarkets, rental rates were up 12.5% and 13.1%, respectively, from the previous quarter. All other submarkets’ rates remained stable from the fourth quarter of 2021, but significant year-over-year increases were evident. Rental rates for the whole market were up 13.4% from a year ago. Meanwhile, the East submarket recorded a staggering 31.0% annual increase due to a whirlwind of demand and the delivery of high-end product near the airport. Rent increases since the first quarter of 2021 in the Northwest submarket were also
very high at 22.4%, while all other submarkets experienced increases of less than 15.0%. The flight to quality was apparent
as Class A spaces led the charge for increased rent, and rates for older Class B buildings remained stable.

2022 is shaping up to be another star-studded year for Denver’s industrial market, characterized by the entrance of many new-to-market investors and developers. Although construction costs continue to rise, investors remain bullish and expect years of expansion to come. The supply chain will still be problematic for the construction industry, as shortages of raw inputs and finished products persist. Copper and aluminum supplies are expected to be affected by conflict in eastern Europe. These issues will be compounded by a lack of truck operators, increasing fuel costs, and insufficient warehouse capacity across the United States.

All in all, demand is very high and the massive number of deliveries this year will attempt to satisfy the needs of booming
e-commerce and the return of large retailers aiming to ramp up warehouse space. External factors will force landlords to drive rates up, but there will be no scarcity of willing tenants, as national brands have more than enough capital to swallow these increases. Despite this, vacancy is expected to increase given the enormous supply of speculative buildings delivering this year, but over-building is out of the question due to unwavering demand.