YOU ARE HERE:Home » Brokerage » Denver’s Sports Castle Building to be Revitalized
BrokerageDevelopmentRenovationRetail 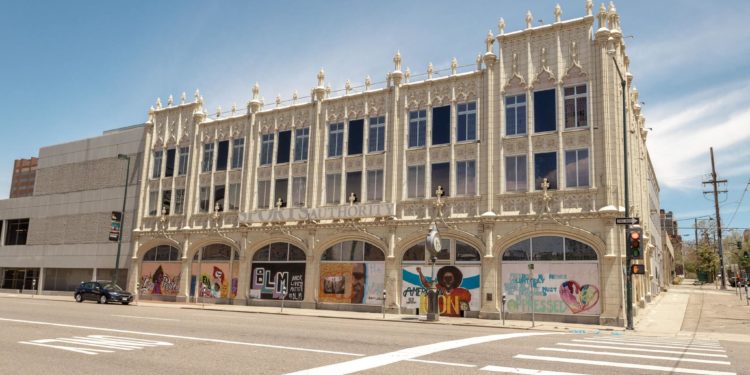 The Denver Sports Castle building located at 1000 Broadway has been purchased by a partnership led by longtime Denver construction leader Tom McLagan, the executive chairman of Hyder Construction. Included in the sale is the parking lot across the street at 972 Broadway. A sale price was not disclosed. 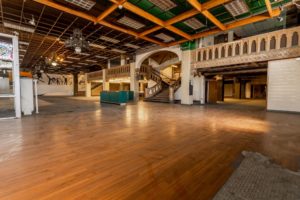 “The interior of the building is as unique as the exterior which we can transform into an incredibly creative office experience,” said McLagan.

McLagan intends to renovate the building and have it placed on the National Register of Historic Places. Current plans are to offer ground-floor retail outlets, with office space on the upper levels. A new penthouse level will be constructed for use as either office space or event space with a large rooftop outdoor amenity area for use by building tenants with fantastic mountain and downtown views.

“The interior of the building is as unique as the exterior which we can transform into an incredibly creative office experience,” said McLagan.

Brokered by Evan Makovsky, Hayden Hirschfeld and Dorit Fischer of NAI Shames Makovsky, the deal required a close coordination between the Gart family, McLagan and Cypress Real Estate Advisors (CREA), who bought the parking structure and buildings to the north for $11.5 million, according to The Denver Post. It was important to the Gart family to sell the properties simultaneously and bringing CREA and their focus on the apartment development and McLagan and his focus on the adaptive reuse Sports Castle portion together was key to the sale.

Until then, the Sports Castle will be activated as an urban event space by Non Plus Ultra, a California-based company dedicated to offering developers ways to utilize their otherwise inactive spaces and giving communities new ways to experience landmark buildings.

“Both Capitol Hill and the Golden Triangle are booming with new commercial and residential developments. Our goal is to take this special building and restore it to make the Sports Castle a gem in this wonderful neighborhood,” said McLagan. “This truly is a collaborative effort between all parties involved. We have been working together for more than 12 months to bring together a deal to reactivate this beloved Denver building and the entire block.”