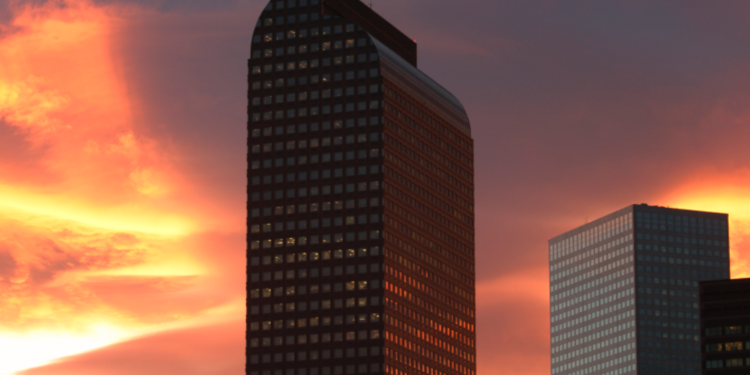 The Wells Fargo Center in Denver, courtesy of Wikimedia Commons.

According to Kroll Bond Rating Agency, Morgan Stanley, an American multinational investment bank and financial services company, is lending $373 million to refinance the Wells Fargo Center in downtown Denver. Also known as the “Cash Register Building,” Owner, Beacon Capital Partners, will use the loan to replace a previous $282.2 million mortgage from MetLife.

The deal includes a $327.7 million senior mortgage as well as a $45.3 million mezzanine loan, to be sliced into bonds and sold off as a single-asset CMBS transaction.

Built in 1983, the 1.2-million-square-foot tower was designed by Architect Philip Johnson, under a master plan by I. M. Pei,

Beacon bought the building in 2012 for $387.5 million, and has since invested $75.8 million in renovations and improvements to the lobby, which was completed in 2016. As part of the renovation, experience design firm ESI Design created an 8-story digital art installation in the building’s glass atrium and added new furniture and lighting. New York artist Enoc Perez (Puerto Rican, born 1967) was commissioned to create 14 paintings and five sculptures for the site.