YOU ARE HERE:Home » Architecture » Dierks Bentley’s Whiskey Row is Coming to Denver
ArchitectureDevelopmentHospitality 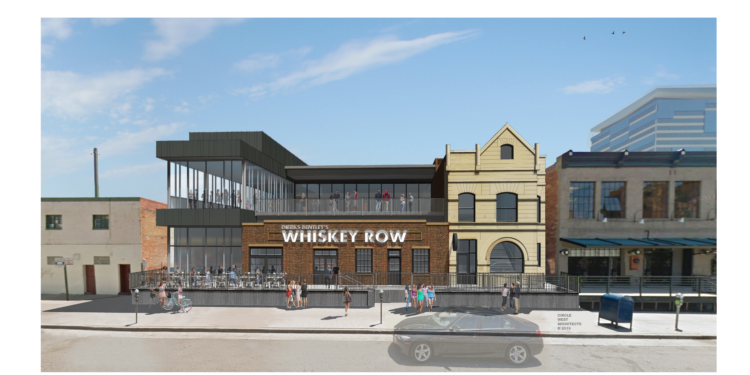 It’s official, Lodo’s Bar and Grill has confirmed that its location at 1946 Market Street in downtown Denver will become the 5th Dierks Bentley’s Whiskey Row.

Construction, which will include a number of structural and design improvements to preserve, enhance and perpetuate the historical significance of the buildings, is expected to begin in Spring 2020. Denver-based Circle West Architects is the architect on the project.

“This neighborhood – and these buildings – have played an extraordinary role in Denver’s dynamic narrative and we’re thrilled to contribute to its growth,” Monfort, Marcotte and Runyon said. “We’re optimistic that Dierks Bentley’s Whiskey Row will serve as the catalyst that transforms this area into world-class Ballpark district that entertains and engages residents and visitors alike, day and night, 365 days a year.”

The Lodo’s Bar and Grill portfolio, which also includes locations in Westminster and Highlands Ranch, was purchased by Monfort, Marcotte and Runyon in December 2018 in an effort to transform the Ballpark district of Lower Downtown into a place that entertains and engages residents and visitors 365 days a year. The team is optimistic that the American gastropub brand from multi-Platinum singer/songwriter Dierks Bentley and Riot Hospitality can serve as a positive catalyst for an area experiencing its fair share of transition.

A number of structural and design improvements will be made to preserve, enhance and perpetuate the historical significance of the buildings at 1942 Market St. and 1946 Market St. while capturing the spirit of Dierks Bentley’s Whiskey Row. Changes include:

“We are beyond excited to officially bring Whiskey Row to Colorado! Denver is the perfect city to amplify the energy and hospitality that the Whiskey Row brand has to offer,” said Ryan Hibbert, CEO and managing partner of Riot Hospitality Group. “This location will be similar to our other four locations but in its own unique way, it will be designed to reflect Denver’s thriving culture and growing city.”

AIA Practice and Design Conference: Designing for a Healthy Future