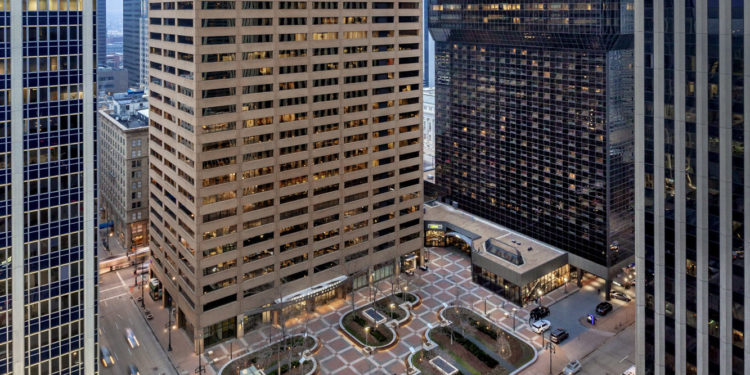 The recent plunge in oil prices — the result of a price war and decreased demand for oil in the wake of the global coronavirus pandemic — is expected to have a negative impact on downtown Denver’s office market, but CBRE predicts that Denver’s diversity of office tenants and track record of recovering from past oil-industry shocks will help the submarket rebound.

According to new CBRE report, oil prices fell by 57 percent in March then dragged into negative territory for the first time in recorded history, hitting $37 per barrel on April 20. Energy companies occupy about 14 percent of the total downtown Denver office market, or about 4.1 million square feet. Of that, 582,000 square feet was available for sublease as of mid-March 2020. 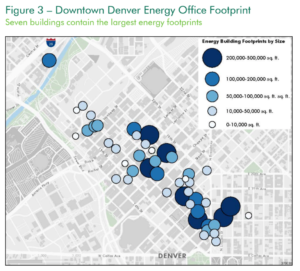 Thankfully, CBRE predicts that the short-term pain of the oil-price decline will be followed by a full recovery. Data shows that downtown’s office market is more diverse now than just five years ago. Whereas energy companies claimed 17 percent of downtown’s office space in 2015, that share has receded to 14 percent this year. Meanwhile, tech firms occupy 11 percent of downtown office space this year, up from 2.4 percent in 2015.

“Denver’s downtown office market has diversified significantly over the past five years, with growth from industries like tech and financial services leading the way. That diversification insulates Denver to some degree from economic shocks that may disproportionately impact select industries,” said Anthony Albanese, a senior vice president at CBRE who specializes in the downtown Denver market and also co-leads CBRE’s North American Energy Facilities Group.

Second, the downtown office market has shown resiliency in past oil-price declines. The price decline of 2014-15 resulted in a spike in vacancy rates, a flattening of lease rates and an increase in space offered for sublease downtown. The submarket’s vacancy rate climbed roughly two percentage points following the 2014 price drop before coming back down again in 2016.

Downtown lease rates flattened during and after the price drop but started gaining upward momentum again within 18 months. The disruptions were temporary, and growth in other industries, particularly financial services and tech, shielded downtown Denver from the severest impacts.

“The full impact of the COVID-19 pandemic and the oil price drop on downtown Denver’s office market cannot be projected, but historical analysis can provide perspective,” said Molly Armbrister, senior research analyst at CBRE and author of the report. “However, there is evidence that a full recovery can be achieved after an expected contraction, given the market fundamentals leading up to these events, as well as Denver’s performance in the wake of past market shocks.”

There were few downsizings in downtown Denver following the last major oil price drop in 2014-15. Most firms retained their footprints, but the industry contraction led to an increase in sublease space downtown. Taking into account the current amount of energy sublease space on the market – 582,000 sq. ft. or 14 percent of energy’s footprint – CBRE analyzed three hypothetical
sublease scenarios that illustrate various levels of downsizing.

If the current sublease market for oil-and-gas real estate increases to 20 percent of the total footprint, about 818,000 sq. ft. of space would be available for sublease. If sublease space rises to 30 percent, that would equate to 1.2 million sq. ft. on the market. In the most drastic scenario, should the energy industry release 40 percent, or 1.6 million sq. ft., of its space onto the sublease
market, the availability rate downtown could rise by 560 basis points.

“While historical analysis provides insight, it’s important to note that the current situation differs from previous declines,” Ms. Armbrister said. “The 2014-15 oil price drop originated from overproduction; today we have oversupply compounded by a global pandemic and stay-at-home mandates that are triggering unprecedented demand reduction. There are facets of downtown
Denver that suggest the market will achieve full recovery, including renewed demand for office space from other industries once economic growth resumes. But with the impact of COVID-19 still unfolding, much remains unknown.”