YOU ARE HERE:Home » Architecture » DU’s Engineering & Computer Science Building Opens Its Doors to the World
ArchitectureConstructionDesignHealthcare

GH Phipps Construction Companies built the 130,000-square-foot building, which was designed by AndersonMasonDale Architects, in collaboration with University Architect Mark Rodgers. The STEM Green “front yard” was designed by Didier Design Studio.  The DU projects took more than two years to complete; on a fact sheet handed out at the event, DU pegged the project cost at $65.2 million. The recent two-day celebration offered tours of the building as well as opportunities to talk to students at work in their instructional labs and to hear presentations on topics ranging from robotics and unmanned systems to Alzheimer’s Disease.

The opening ceremony and ribbon-cutting boiled down to a tribute to DU Chancellor Daniel Ritchie, whose $27 million gift in 2013  gave a name to the school dedicated to his father, who was a mechanical engineer. Major gifts also came from Betty Knoebel, in honor of her late husband, and from the late William C. (Bill) Petersen, an alumnus of the DU School of Engineering.

“Thank you to those who constructed (the building) with such precision,” said Daniel Ritchie, “and thank you to everyone who made this possible. … My father – he’s my example of what I want to be.” After he spoke, his brother, Tom Ritchie, took the microphone and said of their father, “He would look up at this (building) and say, ‘I don’t deserve this.’ “

Entry to the building is on the second floor, with a winding staircase leading to other floors. The second, third and fourth levels house breakout rooms and co-working areas, various types of classrooms, research and instructional labs, conference rooms, and offices.

The lower level is home to a café, while the fifth floor is occupied by the Knoebel Institute for Healthy Aging, which leads to the Accenture Terrace. Along with administrative space, that level is devoted to research into conditions such as Alzheimer’s, Down Syndrome, and Traumatic Brain Injury, incorporating engineering, psychology, biology and other disciplines. The space under the dome is used for events, classes and other gatherings, and attracted numerous visitors during the opening. 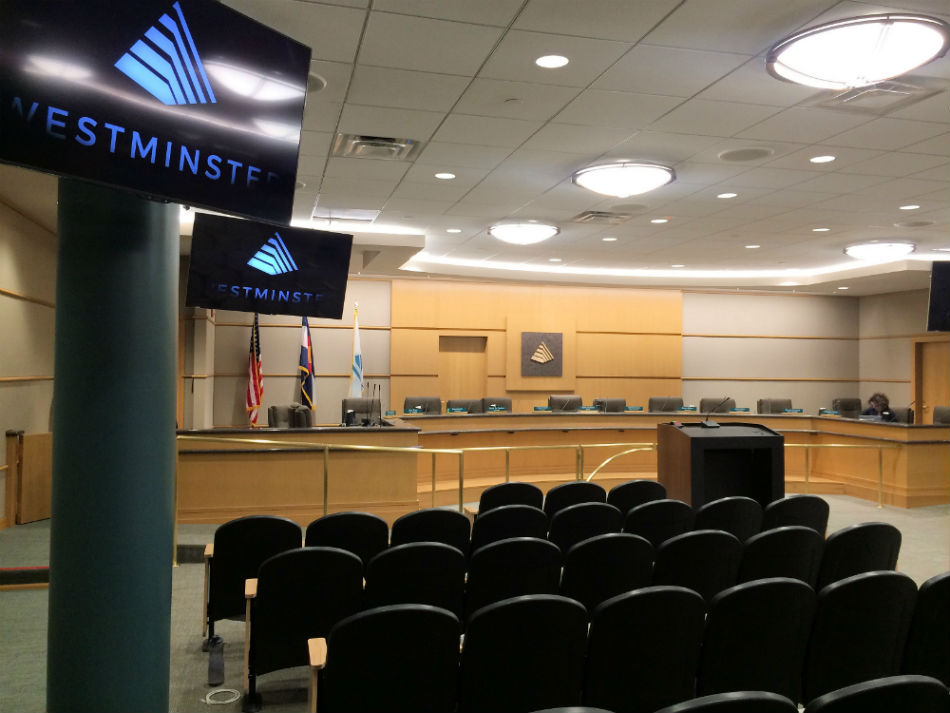 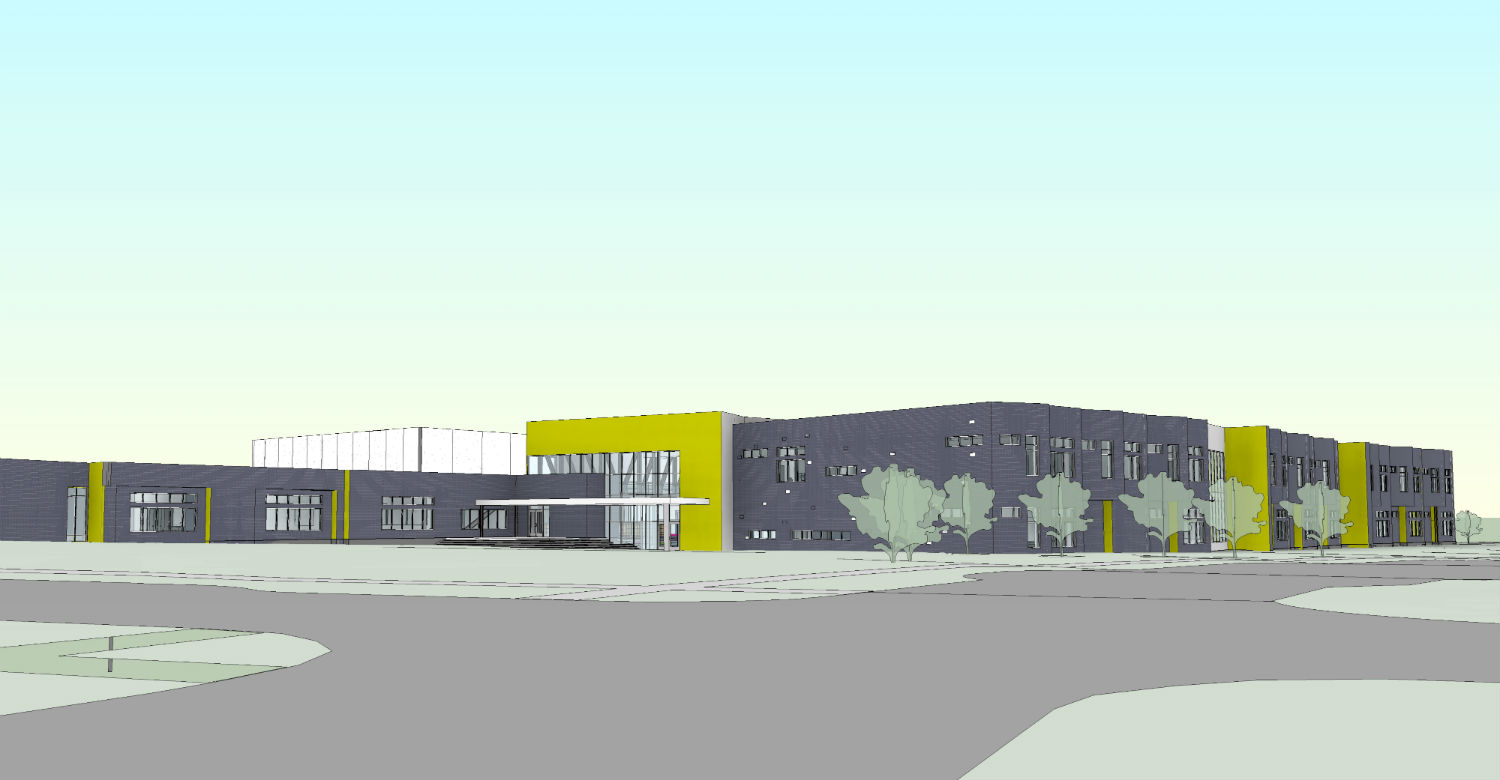 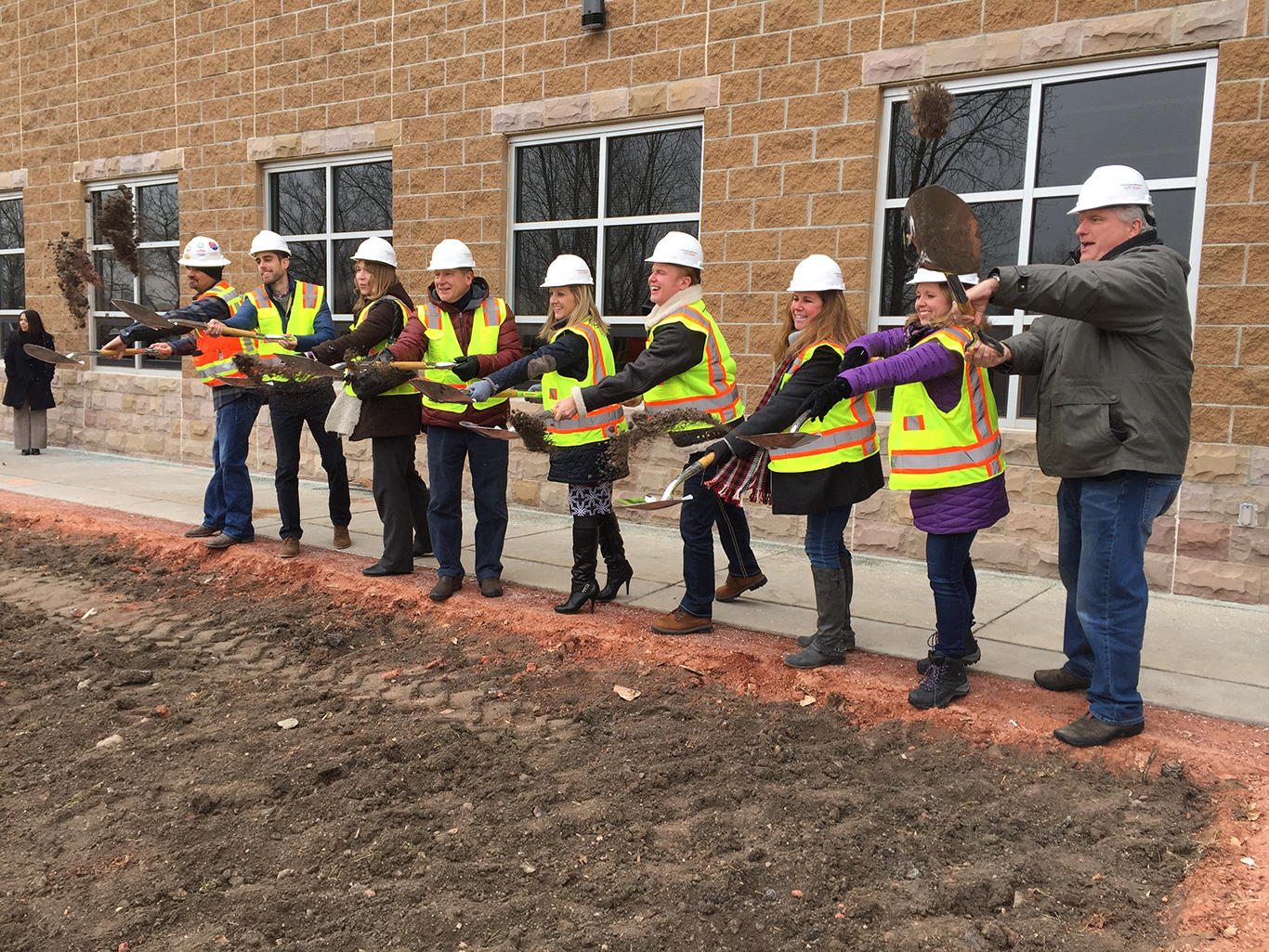