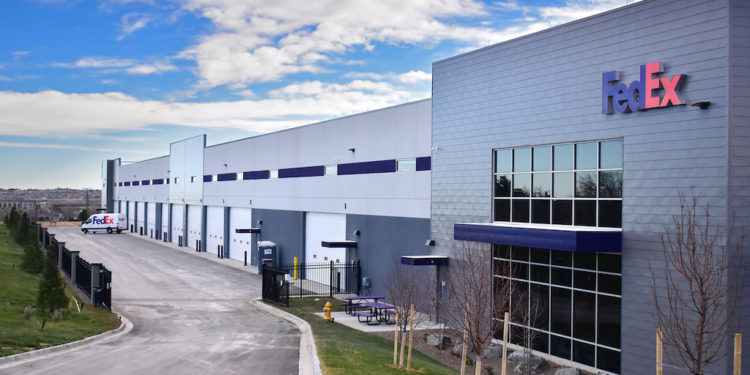 “The addition of FedEx to the CTC speaks volumes about the stature of companies attracted to this area,” said Ryan Good, executive vice president and partner at Etkin Johnson. “FedEx’s build-to-suit distribution center will provide the additional space and advanced technology they need to continue delivering quality customer service.

FedEx is relocating its current distribution operations from Boulder to the CTC. The new distribution center features state-of-the-art amenities and green building features in line with FedEx requirements, as well as greater efficiencies for FedEx’s service vans such as large drive-in doors for more efficient loading and unloading.

700 Tech Court marks the first phase of a planned three-building, 400,000-square-foot industrial/flex campus – dubbed Louisville Corporate Campus at CTC – located on a 33.12-acre parcel. The parcel was purchased by Etkin Johnson and annexed into the CTC in 2017.

“The CTC draws companies that have outgrown their space in Boulder,” added Good. “As the Boulder market becomes more and more competitive, companies are able to find newly built space at a lower cost in the CTC, where they also benefit from a centralized location with access to multiple talent pools.”

Topping Off: Monarch Hotel and Casino in Black Hawk