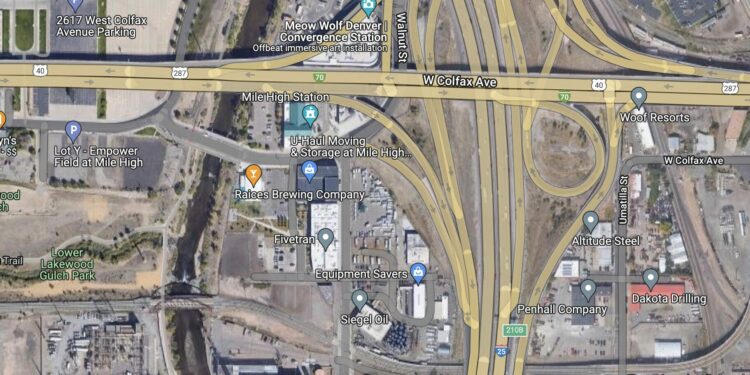 A five-property portfolio west of I-25 in Denver’s Lincoln Park neighborhood, comprised of five addresses along seven parcels of land, has sold to KSE Revesco Zuni, LLLP, for $7.35 million.

For ninety years, the Siegel family of Denver operated an innovative and dynamic petroleum distribution business. Founded by family patriarch Ben Siegel in 1927 as the Siegel Oil Company, the fledgling company began as a small gas station on the west side of Denver. With the guidance and vision of Ben’s sons Arnold and Larry Siegel, the firm grew into a well-respected petroleum distributorship servicing Colorado and neighboring states. After the firm’s existing facilities and inventory were destroyed from the devastating South Platte River flood in 1965, the location at 1380 Zuni St. was created. In the years that followed, that campus grew to twice its original size and a second operations hub was added in Grand Junction.

“NAI Shames Makovsky has a strong history of working with multigenerational families to navigate their real estate portfolios and make smart decisions for their future,” said Dorit Fischer. “This sale will allow for continued investment in one of Denver’s historically underutilized areas, creating immense opportunity to address Denver’s long-term infrastructure needs to support a growing population. We aim to be true partners to our clients, and this is a great example of a deal that will benefit both parties and the neighborhood as a whole for years to come.”

The area has seen an influx of redevelopment in recent years. Meow Wolf Denver opened in 2021 and the River Mile, a 15,000-resident development that will run from Confluence Park to Lakewood Gulch, is expected to be completed over the next 25 years. Just west of the portfolio, Denver’s Sun Valley neighborhood is poised for similar redevelopment plans. The Denver Housing Authority, alongside the City & County of Denver, was awarded a $30 million Choice Neighborhoods Implementation Grant that will allow the organization to build 750 new mixed-income housing units, improve the neighborhood’s landscape by creating open space and increasing opportunities for local businesses, and enhance families’ access to quality jobs and education.

Similarly, in 2019, nearby STEAM on the Platte completed its first phase of development of a mixed-use community with the conversion of a 65,000-square-foot warehouse into creative office space at 1401 Zuni St., and the opening of Raices Brewery at 2060 W Colfax Ave. Future phases will include the addition of new commercial offices and residential space.