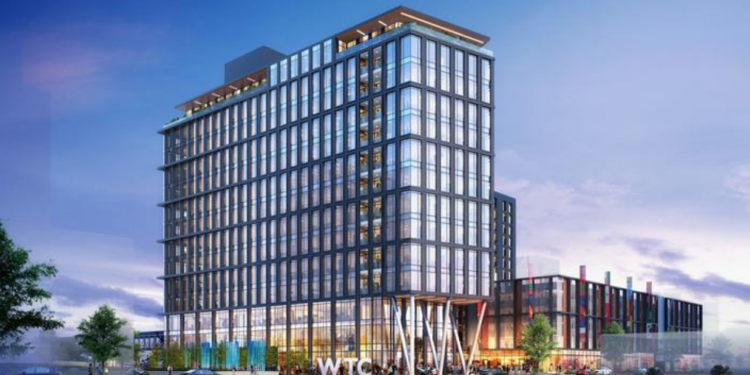 “World Trade Center Denver is a catalytic project for the city’s business and innovation community,” stated Sean Campbell, CEO of Formativ. “So, aligning the right team with a shared vision is paramount. Golub & Company’s experience and passion for developing dynamic projects complements my team as we work alongside each other to deliver something exceptional for our city and region.”.

Golub & Company is a family-owned real estate firm with diverse experience in office, mixed-use, and residential development. The firm has been involved in some of Chicago’s most iconic buildings and projects including Tribune Tower and the John Hancock Building. In addition to Chicago, Golub and its partners have developed in markets such as Palm Beach, San Francisco and Aspen, Co.; including a 750,000 square-foot office high-rise in San Francisco the firm 100 percent leased to Facebook last year. In the last 10 years alone, Golub & Company has co-invested and developed projects valued in excess of $5 billion throughout the U.S. and in Central and Eastern Europe. The firm recently opened a Denver office and is committed to long-term investment in the community.

“World Trade Center Denver is a one-of-a-kind opportunity to deliver an exceptional project into one of the fastest growing office sub-markets in the country. We are thrilled to partner with FORMATIV and unite our teams around creating a truly innovative place in Denver’s RiNo neighborhood,” stated Josh Patinkin, Vice President at Golub. Laura Newman, also with Golub and a Denver resident stated, “The World Trade Center Denver project demonstrates our firm’s enduring plans for and commitment to the Denver community.”

World Trade Center Denver is now also located in a qualified opportunity zone which means that the project investors and the development team stand to reap unprecedented tax benefits. Companies that move their businesses into World Trade Center may also be able to take advantage of those tax benefits, which will also help drive up tenancy.