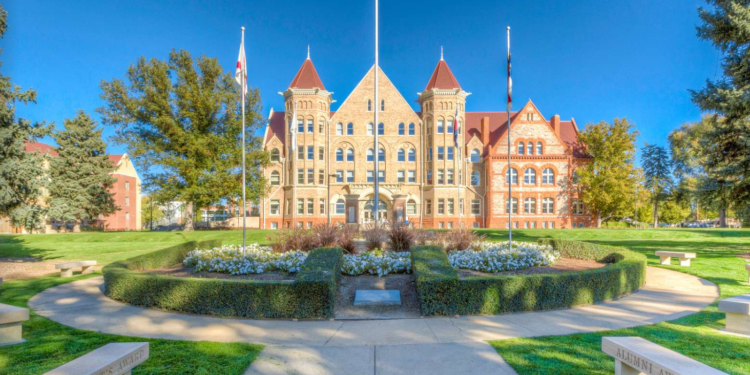 Last summer, the university announced it would cease operations in Denver after the 2020-21 school year and sought to sell the entire 25-acre campus. ULC plans to preserve the campus for community purposes.

“We are pleased that the buyer is a community-based organization with a rich legacy of preserving and reimagining campuses throughout the Denver metro area. ULC’s mission-driven focus was apparent by its ability to immediately partner with the Denver Housing Authority, Denver Public Schools, and St. Elizabeth’s School on key components of the campus,” said Joseph Greene, vice-chancellor of finance and administration at Johnson & Wales University.

With the completion of this transaction, DPS owns the west side of the campus and plans to expand Denver School of the Arts (DSA) and to utilize the campus as a community arts hub. “When I heard that the [Johnson & Wales] University would be selling the property right across the street, I began thinking about how DSA might expand to the campus to serve more students,” said Dr. Anthony McWright, principal of Denver School of the Arts. The expansion will allow DSA to accept 500 to 700 additional students over time, focusing on equity and inclusion of low-income students and students of color. The west campus includes the Wildcat Center, Whatley Chapel, Academic Center, and Aspen Hall.

Denver Housing Authority (DHA) purchased the south portion of the campus, which includes Triangolo Hall and Gaebe Hall, two former dormitory buildings, with the goal of expanding affordable housing opportunities in the community. “DHA is excited about this unique partnership to preserve opportunities for affordable housing in Denver and looks forward to working with the surrounding neighborhoods to create a vibrant community with our partners on campus,” said David Nisivoccia, executive director of Denver Housing Authority. Both DHA and DPS were represented in this transaction by Dorit Fischer and Hayden Hirschfeld at NAI Shames Makovsky.

ULC is the new owner of the east side of the campus and holds the land in a 99-year ground lease, which preserves its affordability and commitment to community-serving uses in perpetuity. ULC is partnering with the following organizations which will lease and/or purchase buildings on the east campus:

Meeting the Needs of Community

“We acknowledge the foresight of Dr. Anthony McWright for seeing this opportunity to expand DSA to serve more students and for contacting ULC to partner with DPS for that purpose and more community-serving uses. We look forward to transforming this into a campus without walls,” says Aaron Miripol, ULC president & CEO. He adds, “This all happened on a very tight timeframe. We were able to close within that time because of great partnerships with local nonprofits, foundations, and lenders. Specifically, ULC access to low-interest debt through the Metro Denver Impact Facility (MDIF) was essential to our ability to purchase the campus.”

Partners will begin to transition to the campus as early as this summer. St. Elizabeth’s has plans to start the 2021-22 school year in their new location this August and has engaged with current and prospective student families about the move. Other partner organizations will move to the campus over a more extended period. For instance, DSA will require renovations to prepare buildings for the unique needs of music, dance, and theater programming and plans to start classes on the campus in the 2022-23 school year. The Watson Wenk Group will facilitate engagement with community members and stakeholders, both collective and organization-specific, over the weeks and months to come to determine uses and guidelines for campus open space and amenities.

Both DHA and DPS were represented in this transaction by NAI Shames Makovsky’s Dorit Fischer and Hayden Hirschfeld.