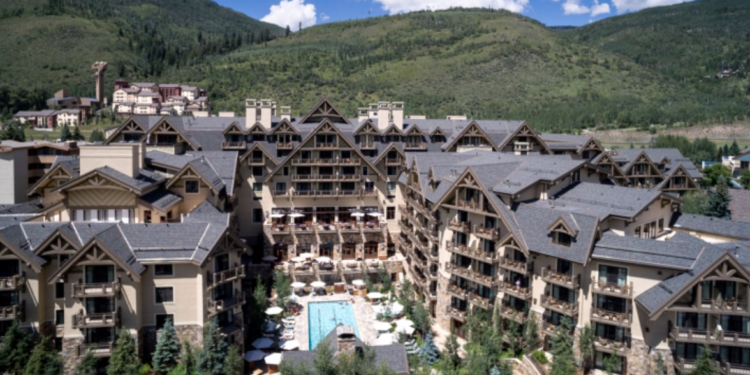 Extell Development Company, the ownership group of Four Seasons Resort and Residences Vail, has announced that the first phase of its multi-year, $40 million dollar enhancement project is now complete. The new kitchen at The Remedy Bar and the lobby for the Private Residence entry are ready to reopen.

“Our goal is to continually improve the Four Seasons Vail,” said Gary Barnett, founder and chairman of Extell Development Company and manager of EX Vail, the ownership group for the property. “We are committed to maintaining the standards that Four Seasons’ brand epitomizes.”

“The Remedy Bar, which is a local favorite in Vail Village, has added a new state-of-the-art open-air kitchen with a mirror-backed shelving display to allow our guests to experience the craftsmanship and creativity that our team dedicates to every dish,” said Pierre Josselin, studio leader for Jeffrey Beers International, the design firm for Remedy. “The new kitchen was created with a stone-framed opening highlighted by a zinc countertop carved into the existing millwork. The corridor leading to the Residences Lobby was also reconfigured around the new kitchen, using the same rich wood floor and bright wall covering as the hotel entry.”

Renowned architects, designers, contractors and hospitality teams from Colorado and the U.S. are reimagining and recreating the storied landmark property at Vail’s front door.

Mortenson of Denver, along with R.A. Nelson of Vail, have been simultaneously remodeling public area, and remodeling 29 guest rooms on floors seven and eight. Concurrently, R.A. Nelson has begun renovating four of the 12 Residences on the west wing. The ballroom and lobby areas will also be completed in time for the festive season in 2019.

This project is bringing together some of the country’s best designers, architects, builders and creative teams all working in concert to enhance Four Seasons Resort and Residences Vail while minimizing any impact on residents and guests.