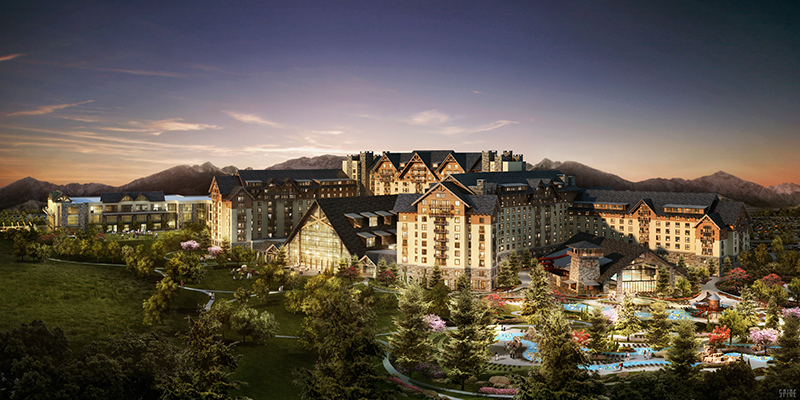 According to the Denver Post, Gaylord is receiving $84.1 million in state Regional Tourism Act funds and an estimated $300 million in tax breaks from Aurora and other local governments.

Gaylord’s opening is also expected to prompt more construction activity. Gaylord builder RIDA Development Corp. expects to start construction on a phased, mixed-use development on 130 acres it owns around the hotel in mid-2019.

The full scope of the project, which is a joint venture of Mortenson/WELBRO, includes the construction of the 1.1 million square foot Gaylord Rockies hotel, 920,000-square-foot convention center, and complete infrastructure development of the 80-acre site with new access roadways. This hospitality project is noted as the largest hotel project under construction in the United States.