YOU ARE HERE:Home » Construction » GH Phipps’ Golf Tournament Hits a Hole in One for Foundation
ConstructionProfiles

GH Phipps’ Golf Tournament Hits a Hole in One for Foundation 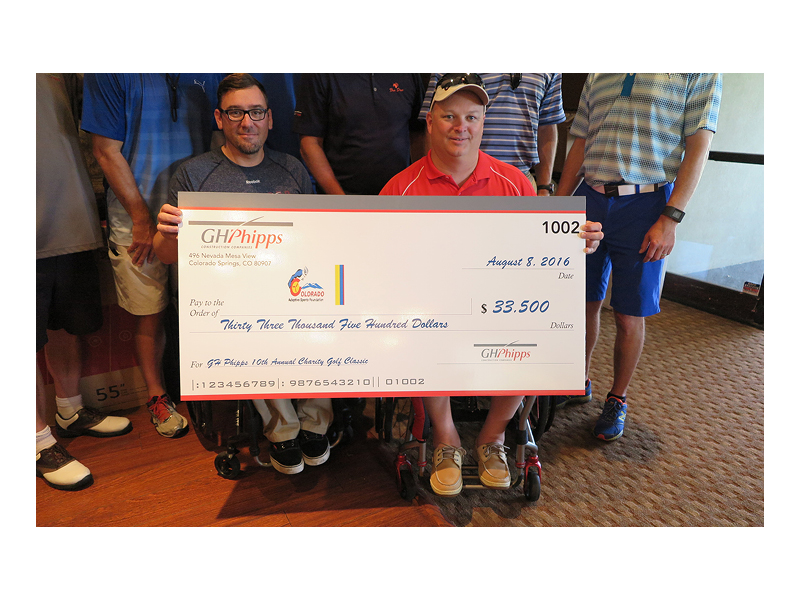 Greenwood Village, CO — GH Phipps’ 10th Annual Charity Golf Classic was a major success, raising $33,500 for the Colorado Adaptive Sports Foundation. More than 120 golfers participated in the event, which was held last month at The Golf Club at Bear Dance in Larkspur.

Those who attended included subcontractors, clients, design partners, vendors and members of the Foundation board. Several GH Phipps employees also participated in the tournament, including a volunteer committee that organized the event. The Colorado Adaptive Sports Foundation (CASF) works to foster independence, improve self-confidence, and enhance quality of life through organized team sports. Proceeds from the tournament will be used to purchase sports equipment for paraplegic children in the community. The fundraiser would not have been a great success without the appreciative support we received from our trade partners towards sponsorship of the event.

“We are so grateful and can hardly begin to say just how much we appreciate GH Phipps’ sponsorship of our foundation with the recent golf tournament,” says CASF Board President Arron Hall. “The funding raised will greatly expand the opportunities for the athletes in our community. The benefit of your efforts will be felt by many.”

“CASF is an inspiring organization,” says Kate Payne, Phipps’ HR Generalist. “It was wonderful to see the direct impact this day had on both CASF and Phipps employees.”