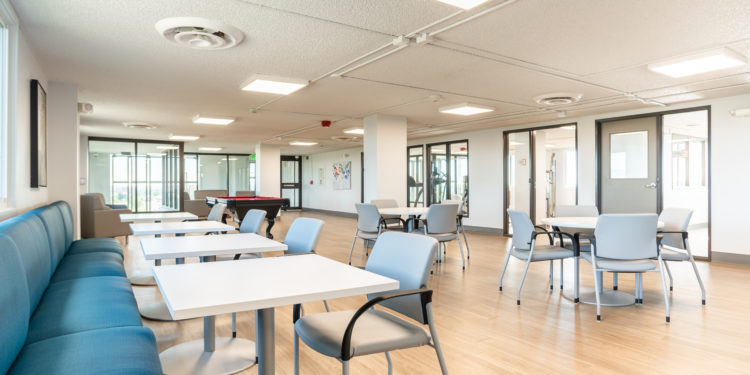 “We exist to serve the needs of the most vulnerable households in Colorado. Our duty of care is to provide a welcoming, safe, and useful home for each resident, including at the Golden Spike Apartments,” stated Justin Raddatz, Archdiocesan Housing Vice President of Development. “It is our pleasure to serve the residents of Golden Spike with this substantial renovation project, providing each with a dignified place to call home.”

Palace Construction completed the repairs. The building’s exterior received new windows as well as improved landscaping and irrigation. Internally, the building received new elevators, new double automatic door openers at the existing entry, new mailboxes, and unit and floor identification signage. Additionally, the resident lounge on the 12th floor was remodeled with a computer lab and gym, and new flooring was installed in the main entry, corridors, offices, gym and lounge area.

To update the building’s operation, the existing fire sprinkler system was updated, the sewer line was replaced along with some of the water shut off valves, new drinking fountains were installed, and modified ductwork was required for the 1st floor and 12th floor common spaces. Additionally, the existing fire alarm system was modified, the surveillance system was upgraded, power was added for a new trash compactor and generator, and nurse call buttons were places in every unit. 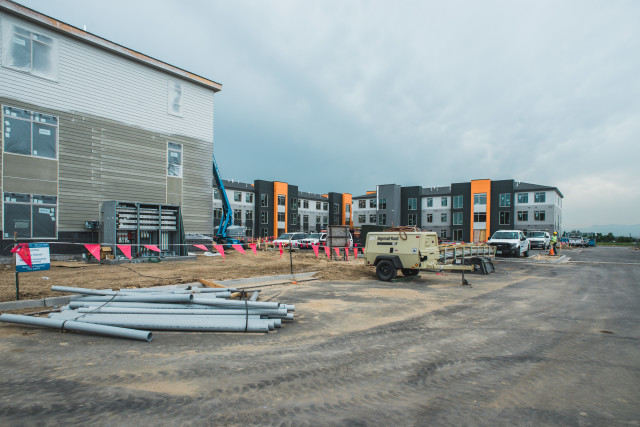