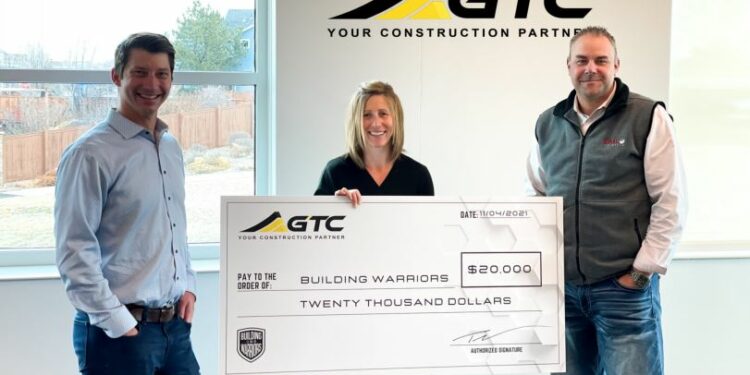 After a long wait, Golden Triangle Construction (GTC), a full-service Colorado-based commercial general contractor, announced today that its inaugural charity golf tournaments was a rousing success. Hosted at Topgolf Thornton on November 4, the event raised funds for Building Warriors, a Colorado-based non-profit which provides mental health support to first responders and their families.

“Because GTC builds so many fire stations we’ve gotten to know quite a few of the first responders around Colorado, and I can’t stress enough how much respect we have for them,”  Lance Swanson, GTC vice president, said. “We were very pleased to be able to partner with a charity that supports this wonderful, selfless group, many of whom we know on a first-name basis.”

Building Warriors began in 2016 and officially became a non-profit in 2018. The GTC event was their first official fundraiser. The tournament, originally scheduled for April 2020, was postponed multiple times due to the pandemic.

“Topgolf was very understanding about helping us continually find new dates,” Brandon Dooling, GTC Marketing Director, said. “Not to mention how patient Building Warriors and our event sponsors all were.”

Despite the shuffling, in the end over 150 people comprising 30 teams showed up to play, including architect firms, owners’ representatives, subcontractors, a team from Aims Community College, and several teams from local fire departments. GTC anticipates converting this tournament into an annual event.