YOU ARE HERE:Home » Architecture » GTC to Build Three Fire Stations in Colorado
ArchitectureConstructionDevelopment 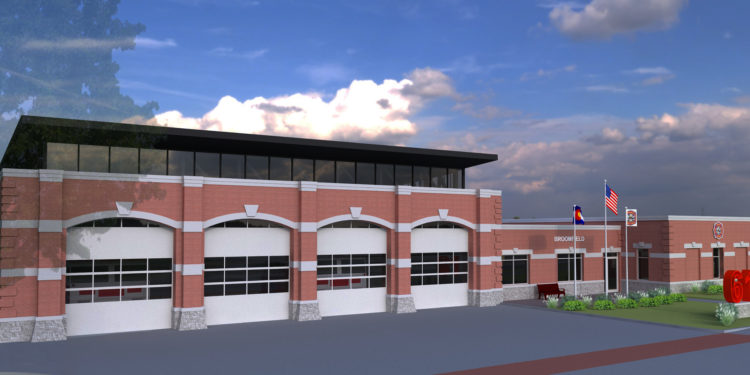 A rendering of North Metro Fire Station No. 61, Broomfield. Credit: Allred and Associates.

GTC, a full-service commercial general contractor that has successfully completed a wide variety of projects along the Colorado Front Range for over 40 years, has been awarded three new fire station projects over the past two months. The stations, which will be located in Broomfield, Johnstown, and Canon City, will bring the number of new-construction fire station projects the firm has worked on to thirty-four, over the past seventeen years.

In late May GTC was awarded North Metro Fire Station No. 61. The project will include the demo of old Station 61, followed by the construction of a new 11,900-square-foot station with four apparatus bays and a partial mezzanine. Station 61 will be located at Midway Boulevard and Laurel Street in Broomfield. Construction is expected to begin this fall. The architect is Allred and Associates.

Earlier in July, GTC was awarded Loveland Fire Station No. 10. Station 10 will be a new 14,500 square foot station with three apparatus bays and will be located at Ronald Regan Boulevard and Trade Street in Johnstown, which is part of Loveland Fire Rescue Authority’s service area. This will be GTC’s fourth new construction station for LFRA. In 2020 the firm completed Station 7 and had previously completed Stations 2 and 6. The architect for Stations 2, 7, and 10 is the Belford Watkins Group. Construction on Station 10 is expected to begin in November.

And, as of July 28, GTC has officially been awarded Canon City Fire Station No. 3, which will be the new administrative headquarters for the Canon City Area Fire Protection District. In addition to administrative offices, the one-story, 20,000-square-foot station will include three pull-through apparatus bays, nine sleeping quarters, a fitness center, living areas, and a kitchen. The station will also house a large classroom/meeting space for training firefighters and external agency members, as well as for hosting community meetings. The station will be located on a four-acre site at 3020 E. Main Street, between Steinmeier Avenue and Rhodes Avenue. Site features will include a burn building and a memorial with pavers, decorative concrete, and large granite block monoliths. Allred and Associates is also the architect for Canon City Station 3.

Over the past two decades, GTC has completed an average of three fire station projects each year, with a portfolio of over fifty first responder projects performed for municipalities across the Front Range.

Elsy Studios Completes Design of Next Level Facility in Golden