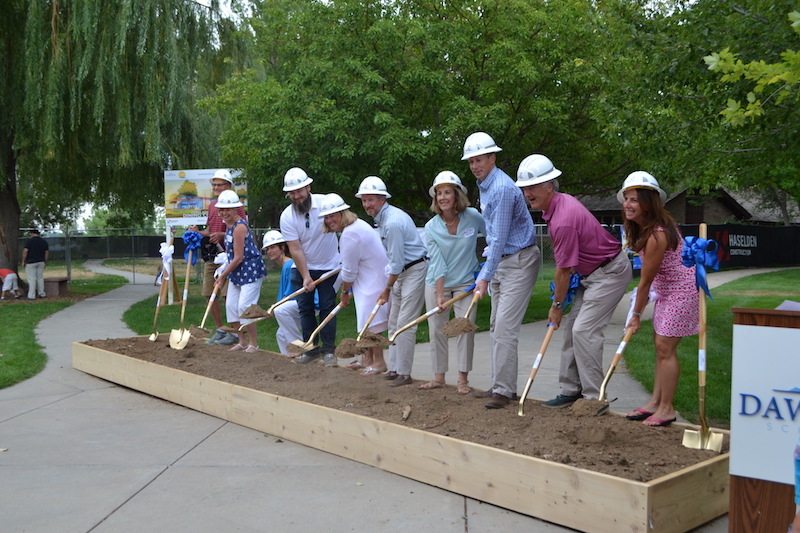 Centennial, CO – More than 150 people gathered on the green spaces around Dawson School’s campus last month to celebrate the groundbreaking of the new Dining Commons—and the kick-off of the first phase of an extensive campus improvement. Over the next two years, the team of Haselden Construction, Inline Management (owner’s representative), and Hord | Coplan | Macht (architect) are working together with Dawson School on four campus projects: the Dining Commons, the Innovation Center, Henderson Hall, and “The Green.”

“Inline Management, Haselden Construction, and Hord | Coplan | Macht all have amazing independent school portfolios, and a very strong team history working together, so we’re excited to start on another project,” said Michael Hall, principal and founding partner at Inline Management. “Bringing this project to fruition is in large part due to the dedication of Haselden’s preconstruction department. They remained committed to the value management process until the number was satisfactory and we were able to get the project funded.”

Organized by Dawson School and Haselden, the community celebration brought together faculty, alumni, students, and families, along with the design and construction team, to commemorate the beginning of the four major projects which will help the campus grow and support the expanding school enrollment. In addition to the BBQ and groundbreaking ceremony, Haselden set up a virtual reality (VR) display which allowed guests a true sense of the new dining commons. The VR display booth included one monitor running a fly-through of the new dining commons on a loop, while another monitor displayed what the person wearing the VR goggles was viewing so an observer could see what they were experiencing.

All four projects will provide incredible opportunities and resources for the students. The Dining Commons—which broke ground as part of the festivities—is a new 12,000+ SF facility being built in the center of the campus and is scheduled to be complete next summer. The next project slated to begin is the renovation of Henderson Hall. The former dining hall will become a 21st Century library and collaboration environment, with a planned completion of spring 2019. “The Green”—a campus quad area—will follow shortly thereafter and will be built in an area currently occupied by a parking lot. This gathering space is designed to accommodate experiential learning and to encourage social gatherings, with a planned completion of spring 2020. Lastly, the Innovation Center is a new building scheduled for completion in spring of 2020 that includes K-12 science classrooms, metal and wood shops, labs, and more.

“These facilities are game-changers, and they support the development of the combination of hard and soft skills the students need to succeed,” said George Moore, Head of Dawson School. “The projects are truly an investment in our students, in our staff, and in our community.”