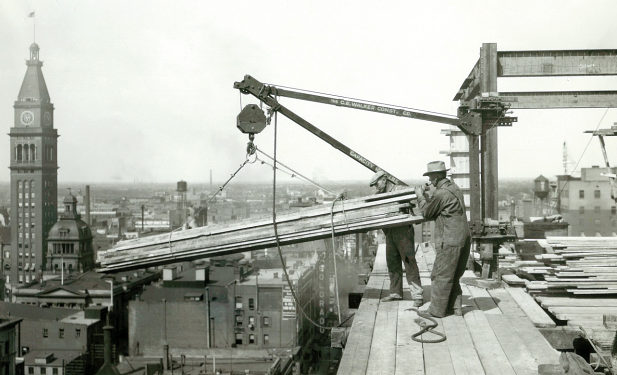 This year Howell Construction celebrates its 85th anniversary. James Robert Howell founded the firm in Denver during the Great Depression in 1935. He was deeply committed to thriving and growing in any economic situation. The firm has continued his legacy through his philosophy of creating client-for-life relationships, never outstretching company resources, and principal involvement from project start-up through completion.

During its first year of business, Howell employed a staff of six and saw a volume of approximately $50,000. Eighty-five years later, Howell has 100+ employees with an annual revenue of $120-$140 million. Howell credits its success to unwavering company values, Always Great Performance brand promise, and keen focus on employee satisfaction and retention. Company growth has allowed Howell to move to the newly renovated 17,000 square-foot office located at 8085 E. Harvard Avenue in
Denver, which includes open-office space, several conference rooms, golf simulator, and a gym.

Today, Howell Construction remains a privately owned business, with Joe Slavik serving as the company’s fourth president. The company continues to specialize in bringing creative solutions and value engineering to challenging projects. “I personally want to thank everyone who has contributed to our success throughout this incredible journey. We look forward to seeing what the future has in store for us and continuing to build state-of the-art projects,” said Slavik.